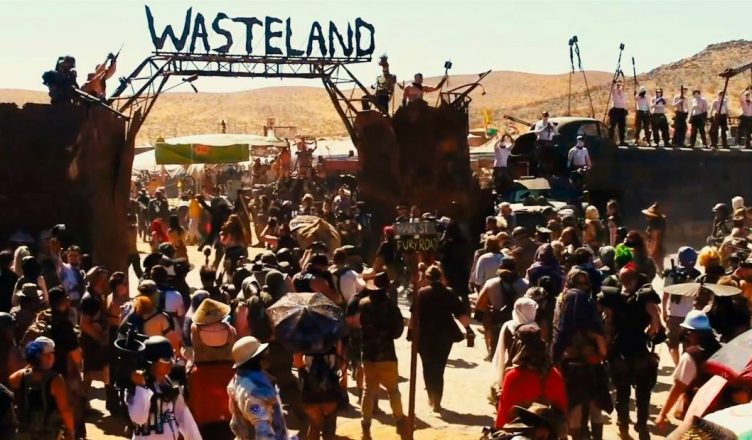 A gathering of the faithful in the documentary ‘Beyond the Wasteland’.

BEYOND THE WASTELAND *** (93 minutes) M
A very well-made, if overly adulatory documentary about the worldwide following that has grown around the Mad Max films, the focus being on the legendary status of the first two pics.

There is some sound analysis about the films and what accounts for their enduring appeal (thanks mostly to the home market), but the real juice are the fans and the depth of their devotion to the Max legacy, which they clearly hope to be part of through sheer force of love.

There have been some good films about movie fandom, such as Cinemania (2002) and the remarkable 2010 documentary The People vs George Lucas, which documented the love fans have for Star Wars and their resentment over how George Lucas re-oriented the franchise.

As far as being a tribute to Mad Max goes, Beyond the Wasteland fulfills its brief well, with some moving and amusing backstories about devotees and various cast members, including minor players astonished and grateful at how their lives have been enhanced by their association with the films.

The film does stop short of bringing a critical edge to the films, particularly in regard to the fourth film Fury Road, a long-delayed production that sported some sensational action sequences, but which found itself out-of-step in the era of the Fast & Furious franchise.

Still, that’s probably a topic for a different film, much though Max himself would have no doubt welcomed a valentine with a few barbs in it.

THE BEATLES: GET BACK – THE ROOFTOP CONCERT ***1/2 (65 minutes) M
Catnip for Beatles fans, this choice cut from Peter Jackson’s mini-series documentary shows the famous open-air gig The Beatles performed at the top of their Apple Corps office in its entirety. The remarkable remastering job by Jackson and his team make the footage, shot on 16mm in 1969, look as though it was shot this afternoon. It’s an immersive, real-time experience, particularly when seen on a giant screen. The performance itself is what it is, but the real delight is hearing the reactions of those in the street with the real heroes being the two police officers. Responding to complaints about the noise, they unwittingly step in from the street and into history.