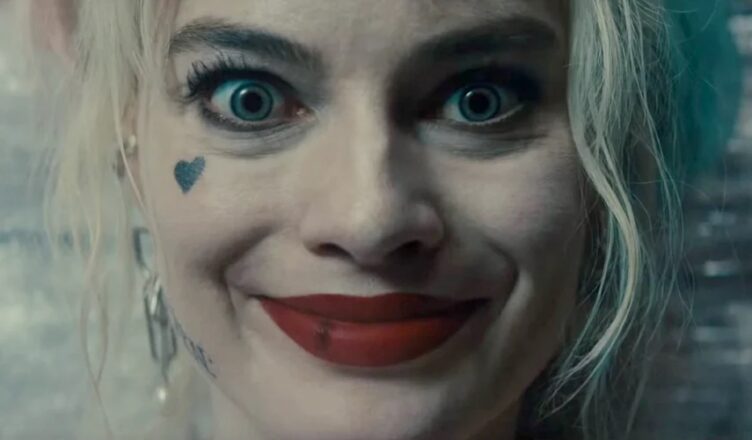 BIRDS OF PREY ***1/2 (109 minutes) MA
There’s plenty of fun on offer with this giddy, colourful, snappily paced slice of franchise extender, the full title of which is Birds of Prey (and the Fantabulous Emancipation of One Harley Quinn). It’s a clever invitation, that, effectively saying to people that if they can’t get a laugh out of such a deliberately loaded title there’s not much point wasting time or money seeing the film.

And Birds of Prey is an enjoyably loopy piece of comic book movie escapism, underscored by an unobtrusive, all-gender friendly girl-power message that doesn’t stick out like Goliath’s big toe, the way it did in Charlie’s Angels.

With her face pancaked with make-up, Margot Robbie reprises the semi-villainous Harley Quinn she played in 2016’s Suicide Squad, though this is very much a stand-alone film designed to give the character her own series. The film certainly concludes on a “now wait for the sequel” note, and Robbie is one of the film’s producers, which is always a tell-tale sign.

Robbie is, of course, the centrepiece of the film -and what a winning, over-the-top performance she puts in. More funny than sexy, she bounces through the film with the malicious verve of a mischievous teen, her moral compass going all over the place as she gradually finds out what in her chaotic world is worth caring about.

In a neat example of how to cogently set-up a busy, busy story, Harley narrates a brightly animated introductory sequence detailing her damaged background, from her childhood of neglect and abandonment to how she fell in with Batman’s nemesis, the Joker.

Now breaking out on her own in a literally explosive manner – she torches the industrial plant she and Joker considered a sacred romantic site – Harley’s determination to be her own independent woman is so strong it borders on parody.

Her desire becomes entwined with the scheming of an ambitious, sadistic gangster called Sionis (Ewan McGregor, bringing extra cheese to his performance). He’s after a diamond containing information that will allow him to take over the crime world in Gotham City. (Sounds silly – and it is silly – but it’s explained how.)

Those who have dutifully absorbed the stream of Marvel and DC comic-book films that have coursed through the globe’s multiplexes so far this century will recognize the film’s scrambled, multi-level plotting and leaps of logic. Things jump around the place, are told out of order and in sudden flashback, as though an after thought. It’s all consistent with 21st century post-content film-making.

It’s haphazard as heck, but it all falls together well enough to follow.

Thrill-wise, the film has its own manic zing. Those in need of a double dose of bubblegum action will not be disappointed as Harley and her new-found crew gradually congeal into a band of badass sisters who must not only face down the bad guys, but do it in a fashion that distinguishes their battle from the hundreds of bland movie fights we’ve seen in the past few years.

To that end the film features some pretty nifty stunt-heavy engagements and vehicular chases, the best being Harley’s climactic bit of business on roller skates. It’s really one for the books.

The film is replete with cartoon violence, though Harley herself refrains from killing when she can, preferring the use of stun guns and the strategic deployment of heavy objects.

Proficiently directed by relative newbie Cathy Yan and written by Christina Hodson (who penned the Transformer film Bumblebee) the film’s heightened, flashy style is, of course, in direct contrast to the grit and grime we saw in Joker.

According to the ever-flexible logic of mega-franchise movies, even though Harley Quinn is Joker’s girlfriend in this film and in Suicide Squad, those movies exist in a parallel universe to Joker. This is how James Cameron explained away the fact that the timeline of Terminator Dark Fate had nothing to do with other Terminator offerings.

This is nothing fancy or clever, by the way. It’s just a means of allowing filmmakers to continue drawing lucrative box office figures from the same brand.

In the case of Harley Quinn, here’s hoping she sticks.

FOR SAMA **** (96 minutes) MA
The harrowing first-person chronicle of life in a besieged city offered here by Syrian journalist Waad Al-Kateab (a pseudonym) is about as graphic as most people could stomach. Be warned that the film contains images of the dead and injured that will shock.

Shot chiefly on a Sony handycam, life in Aleppo is seen as a series of nerve-wracking waiting games as people try living their lives in the shattered shells of crumbled buildings in between the menacing roar of Russian warplanes and the sudden ear-splitting crack of explosions.

Co-directed by Edward Watts, Waad frames the story of how she and her surgeon husband Hamza survive with the arrival of their daughter Sama. We cut from their time before Sama’s birth to their struggles to help other victims of their beloved city while trying to keep their child safe.

The lives of children born in war are put in sharp focus here. Be in no doubt, what you’ll witness is devastating and heart-breaking. The sight of a mother processing the shock of finding her son who had just been killed by a bomb blast shows the barbarism of targeting civilians in all its casual cruelty.

In the face of all these horrors and the anxiety that any moment could be your last, there is a dauntless spirit of hope and humanity that drives these people on that is humbling to observe.

Just beware: the graphic nature of the footage and the raw emotions captured by Waad are distressing and will likely test the tolerance of some people.

H IS FOR HAPPINESS *1/2 (98 minutes) PG
Oh dear. Here’s another Australian film that looks like it needed more story work before going into production. And here’s hoping that syndrome isn’t making a return.

Based on the book My Life As An Alphabet by Barry Jonsberg, written by producer Lisa Hoppe and directed by feature first timer John Sheedy, H is for Happiness is clearly intended as a sweet-natured family film with some dark drama pitted throughout a highly stylised comedy.

Yet what starts out as a colourful, bitter-sweet tale about a tween girl’s attempts to bring her broken family together soon becomes a stumblebum affair. It’s discordant, choppy, riddled with scattershot storytelling and no real drive.

The ball gets rolling when a teacher (Miriam Margolyes) gives her class an assignment where they must use each letter of the alphabet to tell their own story. This is for a major verbal presentation they will be making later.

Overly-bright 12 year old schoolgirl Candice Phee (Daisy Axon, putting in sterling work that should set her up for better things) seizes upon the format as a means by which she can examine the fissures in her family with a view of putting them right.

These troubles include: a bed-bound mother (Emma Booth), depressed over the death of a child; a financially strapped father (Richard Roxburgh); and a caring, wealthy uncle (Joel Jackson) who, though estranged from his brother, wants to be part of Candice’s life.

Mixed into all this is classmate Douglas Benson (Wesley Patten), a brainy lad who claims to be a visitor from a parallel universe. His wish is to return home by the use of gravity, which requires him to jump out of trees from ever more dangerous heights.

The film’s chief charm is the central performance by Daisy Axon. Full of energy and emotion, she is the film’s one consistent delight. But it’s not enough to carry the film.

Regrettably, the film flails from the get go. To say the film lacks a smooth narrative through line would be an understatement. It toggles in style and tone from scene to scene, giving it a jagged, uncertain, almost nervous feel.

Try as it might the piece just doesn’t hang together, plagued as it is by too many implausibilities (how high can a kid freefall from a tree without serious injury?) and narrative inconsistencies.

One example is how a major confrontation Candice has with her mother – an impressive scene when seen in isolation – does not signal any real emotional growth in her.

Another is how, for a few moments, the film looks as though it’s going to embrace the “coming of age” theme as Candice feels the onset of teenhood. Then it’s promptly dropped. She remains inside her tween bubble, despite what she is going through.

She never even challenges Benson’s multiverse obsession. So, is she going to grow up or is she stuck as a kid? The indecision is frustrating. It just doesn’t work.

One big sticking point is how the film can’t even stick to the idea introduced in the very first scene. (Mild spoiler alert.)

The class is told by their teacher to use each letter of the alphabet to offer an account of themselves. Candice’s narration then dutifully goes through various letters as she outlines her family troubles.

At the film’s climax, however, the assignment brief has mysteriously changed. Now each student is making their presentations based on a single letter. What happened?

And while we’re on the subject of the film’s climax – mild spoiler alert still in effect – why, oh, why did the filmmakers deny the film a shot at partial redemption by ruining a singing performance with a steaming mound of equine fecal matter (i.e horse poop.)?

You can certainly feel the effort in H is for Happiness, which is always a sign that a film is in trouble. It’s a film that so wants to be heartfelt, yet erratic storytelling and a lack of coherence keep it from getting a beat going.

THE LIGHTHOUSE *** (109 minutes) MA
The good people responsible for administering the titular facility in The Lighthouse really need to review their vetting procedures if the two gruff scallywags who turn up for work in the film’s opening minutes are anything to go by.

Looking like they’ve just been blown in by a typhoon, Thomas Wake (Willem Dafoe) and Ephraim Winslow (Robert Pattinson) are a pair of seasoned seamen who turn up to do their four-week shift at a lighthouse that appears to be located on a remote strip of beachfront property that is in eternal gloom and where storms constantly lash the landscape.

These gents initially make some small gestures at mateship, but they’re pretty much at each other’s throats from the get go, with Wake arrogantly assuming the status of senior lighthouse guy over Winslow. The constant drinking doesn’t help.

Shot in stark black & white in academy ratio (that is, square) director Robert Eggers has an absolute ball creating havoc for these two souls, mixing surrealism into a playfully bleak horror scenario that sees seagulls as the reincarnation of dead sailors and the raging sea as a malevolent force dedicated to tormenting our lads with visions of ghost ships and mermaids from Hell.

There is a darkly comic element to the extremes these men are pushed to, though the only thing these chaps find amusing is how long each can tolerate abuse from the other. One especially memorable scene qualifies as one of cinema’s most casual premature burials.

Eggers’s previous film The Witch (2015) was a near-masterpiece that conjured a believable gothic world where witchcraft and the presence of Lucifer were palpable.

The Lighthouse doesn’t quite hit the pitch of The Witch, but its claustrophobic intensity and portrayal of madness are compelling nonetheless, especially given the many flagrant violations of Occupational Health and Safety regulations.