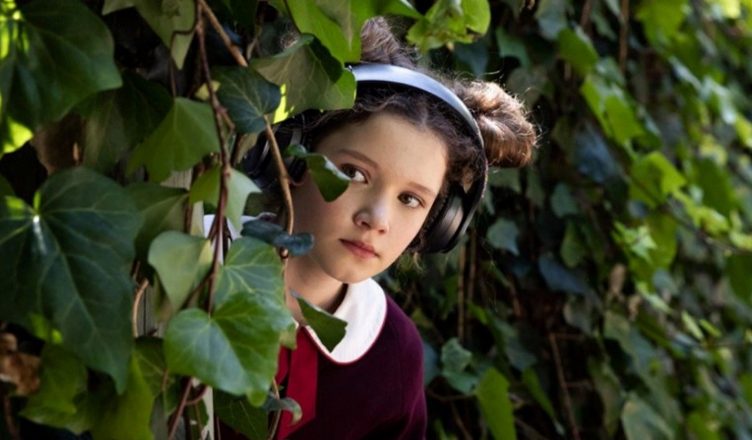 Before the shock: Julia Savage in ‘Blaze’.

It hasn’t been a great year thus far for Australian feature films, so how gratifying it is to relay that, by any fair measure, Blaze is a great Australian film, and easily one of the best local films of the last 15 years.

A truly unique directorial debut from Del Kathryn Barton, Blaze is an astounding, unsettling, visually arresting film that takes us into the mind of Blaze (Julia Savage), a teenage girl whose life and vivid imagination is disrupted after she witnesses a sexual assault in a laneway.

Realism defines the investigation into the crime, the subsequent prosecution and the efforts of her father Luke (Simon Baker) to deal with the living nightmare as his traumatized daughter begins exhibiting extreme behaviour in reaction to the event.

For Blaze, her distress and anger takes on the form of fantasy scenarios and creatures, the chief one being the resplendent figure of a giant dragon that inhabits her bedroom.

Featuring top-notch effects, both digital and analogue (there’s some amazing puppetry and stop motion animation) and excellent, intimate cinematography (kudos to Jeremy Rouse), Del Kathryn Barton does a splendid job creating the vivid alternative world inside Blaze’s head, something that sometimes crosses over as she copes with the harsh real-world impact the assault has had on her.

With top performances throughout, especially from Savage whose emotionally coherent portrait of a fractured young person holds the film together, the film brims with style, ingenuity and a rich palette of ideas and themes, some of which sport a sharp topicality.

And that’s not something you can say about too many Australian films of late.

In the extraordinary documentary Man on Earth Amiel Courtin-Wilson adds a new dimension to the fly-on-the-wall concept as he captures the final chapter in the life of Bob Rosenzweig, an accomplished gent stricken with Parkinson’s disease who has decided on the date he shall die.

With what appears to be unfettered access, the film is raw and unsentimental as some hard truths about life, death and the stress of caring for an ailing parent unspools in a tough and touching portrait of a man determined to write his own ending. Man on Earth is compulsive viewing and a must-see for anyone with even a passing interest in the important, heart-rending issues it explores.

“Surgery is the New Sex,” Kristen Stewart seductively whispers into the ear of an exhausted Viggo Mortensen, who has just had a tumour removed by Léa Seydoux as part of a bizarre piece of performance art in Crimes of the Future, David Cronenberg’s delicious, overdue return to the old-school body horror that made his name and made us squirm.

The story takes place in a gloomy, progress-obsessed dystopian world where few people feel pain, the human form is rapidly transforming and a revolutionary new method of digestion is poised the change the world’s approach to disposable plastics. The cocktail of concepts might sound nuts, but they hold together.

As with all his best films (Scanners; The Brood; The Fly; eXistenZ; Crash; Videodrome ) Cronenberg elicits typically pungent, off-planet performances aggressively committed to his disturbed vision.

Mortensen is typically immersed as a hooded, pained artist who grows new organs; Seydoux plays against her beauty as someone obsessed with being cut up; Stewart is especially good as a shy wallflower turned on by the surgical artform, apparently eager to have sex with Mortensen’s artist through the open wound across his abdomen.

The ramshackle locales (all filmed in Greece) are appropriately oppressive: the film’s is congested with decrepit buildings, distressed walls, exposed wiring and underground caverns. The décor is emphatically analog; the clocks, TV monitors, cameras and offices look frozen in time with barely a digital device in sight. Even the digitally rendered robotic arms used to perform the surgeries have an old-school feel to them.

Very glad to report that when it comes to revealing the insides of bodies that have just been split open, Cronenberg shows he’s lost none of his touch for creating super-icky moments that are as repulsive as they are compelling.

Career-long Cronenberg fans will be delirious with delight from the offerings served up in Crimes of the Future.

Far from being a teary-eyed exercise in nostalgia decrying the march of progress, The Lost City of Melbourne offers a fairly level-headed overview of how the city’s architecture has evolved, from the phenomenal growth spurt that saw the town become one of the world’s metropolitan meccas to the phase of modernization that resulted in the unfettered demolition of many beloved buildings, a period of wanton destruction that saw the rise of preservation legislation.

Fascinating from go-to-whoa, director Gus Berger and his team recount the splendour of Melbourne’s early expansion with some fabulous images of long-gone buildings before getting into the nitty gritty of the city’s self-conscious image upgrade as it tried to shed its Victorian heritage and present itself to the world – and the Queen – as a cosmopolitan hub in keeping with the images seen in the movies and on TV.

While there is regret expressed by the experts interviewed over the loss of fabulous buildings that could have been saved, the film sensibly highlights that cities are living things, and that some buildings, beautiful as they may be, can outlive their viability. A splendid documentary.