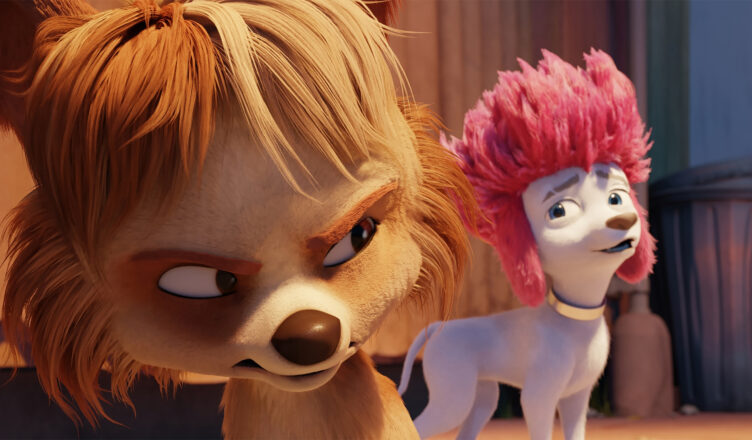 Frenemies forever: The critter characters keep on the right side of cute in the Australian animated feature ‘100% Wolf’.

Adapted from the book by Jayne Lyons, this enjoyably frenetic lark is set in a world where suburbia is visited each night by a pack of werewolves.

These beasts aren’t interested in doing what we normally expect them to do. They don’t terrorize people (a la The Howling, American Werewolf in London, Wolfen, etc).

Nor are they the stereotypical ones that spend most of their time doing battle with vampires (Underworld) or getting involved in romantic triangles with teenage girls and their vampire boyfriends (Twilight).

Here, werewolves have been reimagined as stylishly hairy critters who dart about the rooftops and streets at night looking for people to help. They’re still big and fierce-looking, and rather than having vampires to hate they have a new enemy – dogs.

And, in one of the few concessions to convention, when these werewolves are not at work they transform into human-like beings, their hair matching their werewolf manes.

Running with the grown-ups is Freddy (voiced by Ilai Swindells), a keen up-and-comer whose desire to be part of the nightly ritual is about to be fulfilled as he undergoes a process that will turn him into a full-sized, bona fide werewolf.

Something goes wrong, however, and instead he comes out as a tiny, purple-haired poodle.

He looks like a joke so to prove himself worthy of being part of the pack he must head into town and retrieve a valuable werewolf moonstone that is now in the possession of the town’s sociopathic, werewolf-hating ice cream vendor.

In over his head and wary of the dogs he is supposed to despise, Freddy chums up with a street mutt called Batty (Samara Weaving), who accompanies him on his quest and helps him avoid the town’s dedicated dog catchers, who have a well-hidden agenda for collecting dogs.

With a hyperactive storyline that could give any of the Despicable Me films a run for their money, 100% Werewolf might sometimes move a bit too fast – some of the exposition is delivered at lightening speed – but it does keep us sufficiently engaged on Freddy and his personal journey, which involves braving the world without his beloved father (Jai Courtney). 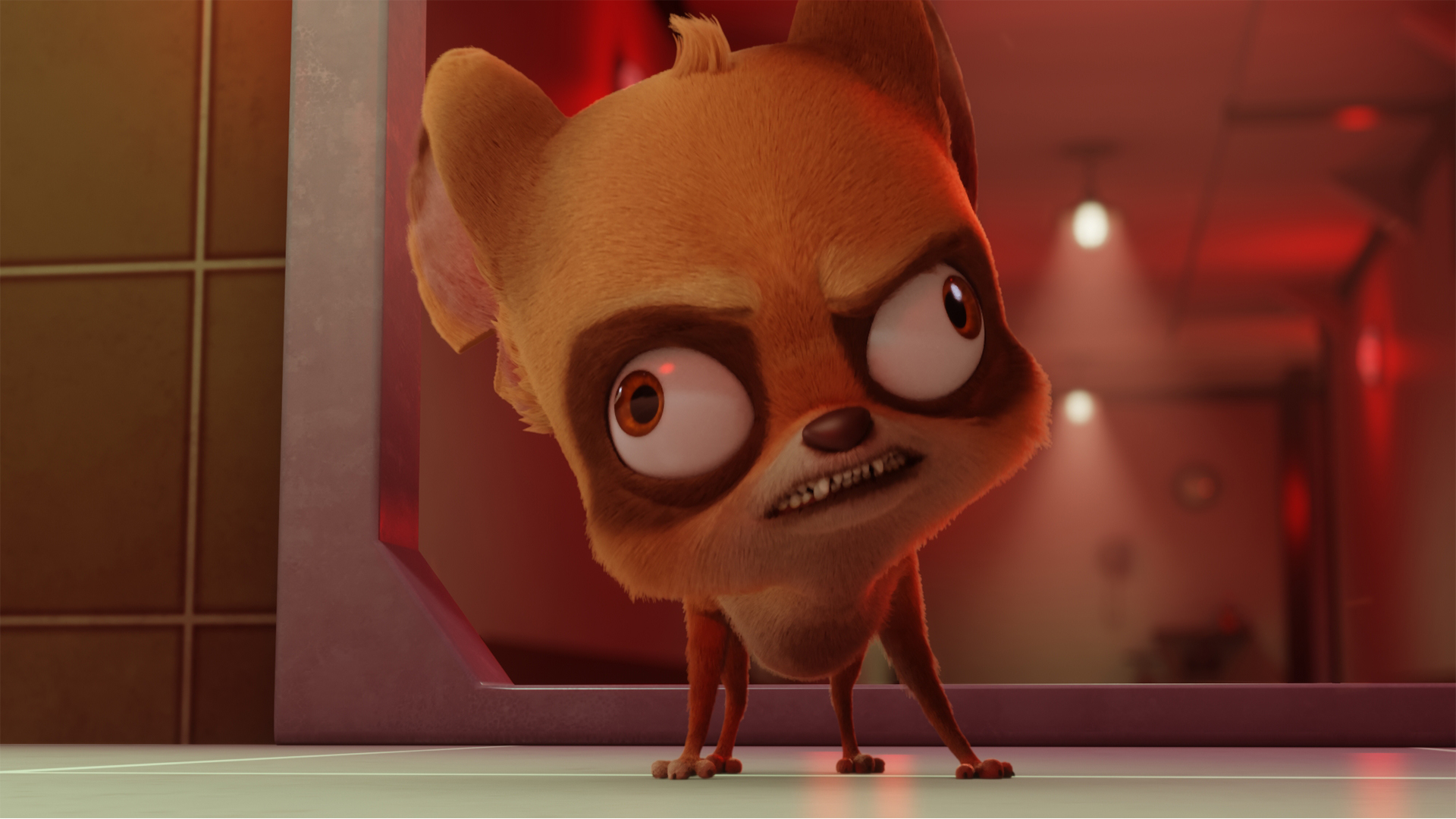 Scene stealer: Twitchy is a little mutt with big issues.

Though this isn’t a Disney film it does champion a host of warm Disney-esque values and, indeed, bears a passing resemblance to Disney’s 1981 classic The Fox and the Hound, a wonderful kids’ film that questioned prejudice.

In 100% Wolf the werewolves and dogs are meant to hate each other so, as you’d expect, we get a fairly progressive and well-disposed bullet point about the ever-topical value of tolerance and of not misrepresenting others merely because they are different. (How sad it is that today this message is more suited to adults than children.)

Coupled to this, the film glides on that most hackneyed of animated movie themes, namely the old chestnut about “being yourself”. Most big animation films, especially from Pixar, have been preoccupied with this theme, which even provides the title to 100% Wolf’s closing song. It’s a worthy message, no question, but it is bordering on overuse.

Thankfully all these moral communiques are neatly woven into the narrative and are given life through action rather than words.

There are some nifty and cheeky flights of fancy at play in 100% Wolf, the best being the appearance of a scheming villainess (voiced by American comic actress Jane Lynch), a kick-ass gran (Magda Szubanski) and a fiery, scene-stealing pooch called Twitchy (Sarah Harper), a little dog with a huge chip on its shoulder.

For gross-out cred the film features some comfortably naughty visual humour involving nudity, genitalia and urination. It’s funny and all done in the best possible taste.

The lively cast of wide-eyed characters in 100% Wolf are wisely kept on the right side of cute, with each being given their own edgy touch. As far as the quality of the animation goes, they have the fluidity and elasticity we’ve been conditioned to expect from a quarter century’s worth of blockbusters from Pixar, Blue Sky, Sony and Dreamworks.

The film’s look is comparable to any big studio cartoon; the lighting, shading, textures are all on point and set-off with kinetic cinematography.

To be sure, 100% Wolf doesn’t boast the degree of intricate detail we often see in major American animated features, but you know what? Impressive though it is, much of that fine detail work doesn’t ultimately make much of a difference.

For instance, the hair on the dogs and werewolves in this film might not move with the realism they would have in a Pixar film, and while that degree of exactitude is impressive when you see it, it’s not really missed when you don’t.

The key is that characters must look believable enough to make you engage with their personalities rather than their animation. On that score, director Alexs Stadermann and his army of artists – the film’s final credit roll is formidable – have chalked up quite a triumph.

Though most of the character accents are distinctly Australian, the film does not play up its Australian origin in its decor or landscapes. This presumably was to enhance its universal appeal and sell in overseas markets.

All power to it, especially given how the Coronavirus lockdown denied this extremely likeable gem a theatrical life. Long may it thrive in the stream and inspire more local animated films that are as accomplished and as pleasing to behold.