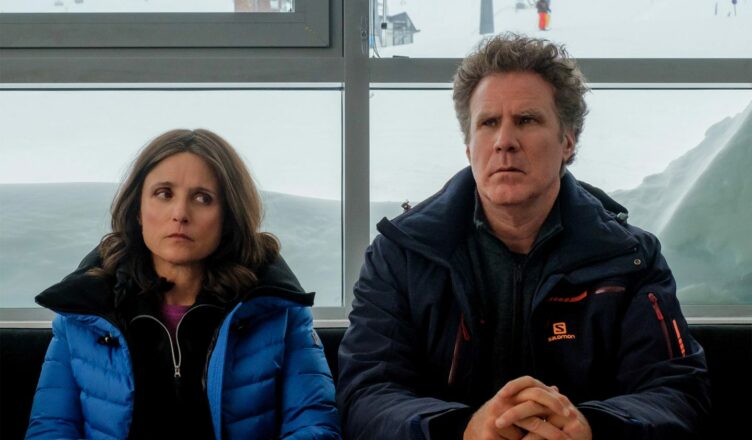 Snowed under: Julia Louis-Dreyfus and Will Ferrell star in the comedy remake ‘Downhill’.

DOWNHILL * (86 minutes) M
Will Ferrell and Julia Louis-Dreyfus star in a witless, pointless remake of the marvelous 2014 Swedish film Force Majeure about a father who abandons his family when an avalanche interrupts their skiing holiday. Directors Nat Faxon and Jim Rash – it took two directors to make this? – squeeze a couple of laughs out of their leads, but the attempt to deal with the morals of the moment is dire. Inaccurately described as a black comedy, Downhill has neither the bite nor the daring to deserve that over-used term.