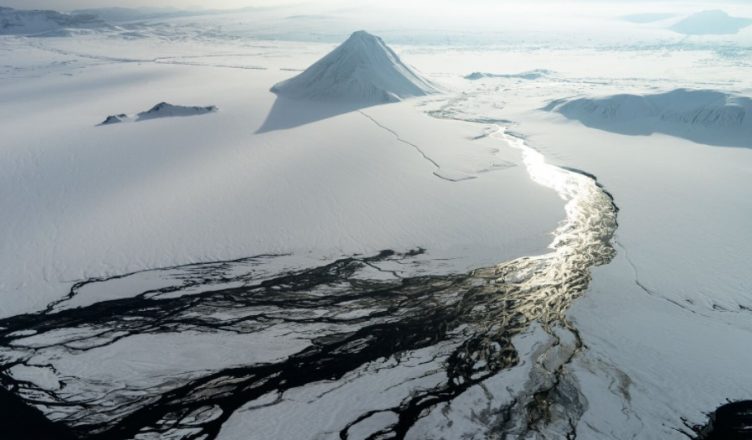 River of life: Music and cinematography are splendidly blended in the documentary ‘River’.

RIVER **** (75 minutes)
There’s an absolutely stunning sequence in River that is worth the price of admission on its own.

Filmed with a drone, the camera follows the journey of water from melting ice to the ocean in a single shot that swoops, dives and tracks close to the ground in a fashion reminiscent of the assault on the Death Star in Star Wars. It is truly amazing.

It’s the cherry that sits atop a carefully curated assemblage of stunning, haunting, mesmerizing images that show the story of rivers, from their pre-history to their inevitable interaction with humans, where their treatment wavers from reverence to subservience.

The film is directed by Jennifer Peedom, who made the 2016 hit documentary Sherpa ($1.6m worldwide) and the 2017 film Mountain, which set a record as the highest non-Imax Australian documentary yet ($2.13m worldwide).

River shares a similar style with Mountain, though its subject stands in extreme contrast.

While mountains are largely impervious to human impact, the film shows how rivers are both powerful and fragile, subject to being harnessed, controlled, changed and sometimes killed according to requirements.

Regardless of whether River is, indeed, the “eco-documentary” it has been widely tagged as, it does champion responsible management over reckless exploitation, an age-old, ever-timely message about the use of natural resources.

Accompanied by an atmospheric score by the Australian Chamber Orchestra, the film offers such a marvellous visual journey one wonders how life would be if Imax got hold of it and put it through its Digital Media Remastering – DMR – process for projection on a super-giant screen. It’s just a dream. May it one day be granted. Until then, it’s perfectly apt to think of River as the best Imax film Imax never made.

Yet there is a snag. Just as you’re entering into a conversation with the film’s riveresque flow of images and music, up pipes Willem Dafoe’s voiceover to deliver narration that is fruity, flowery, over-written and wholly unnecessary.

The contention here is that the film’s blend of visuals and music is so good it needs no narration. It’s a fair wager that not a sentiment or idea is spouted by Dafoe’s earnest utterings that you couldn’t sense, intuit or deduce just from the images.

Amidst all the wannabe poetry there are some salient facts about rivers, but those could have easily been dispatched with a few stylish captions. Thinking how River might unspool sans narration puts one in mind of such classic, non-verbal films as Koyaanisqatsi and Baraka.

Perhaps the disk and streaming releases of River could offer a narration-free option. Just trying to help.

Still, given how our capacity to ignore what people are saying has reached new heights in the present day, it doesn’t take a huge effort to mentally blot out the voiceover and keep focus on the extraordinary images and beautiful music of River.

Preparing for the film’s release, director Jennifer Peedom carved out some time in her time-stressed day to take a few questions about the making of the film, the amazing cinematography, its central message and her thoughts about the narration.