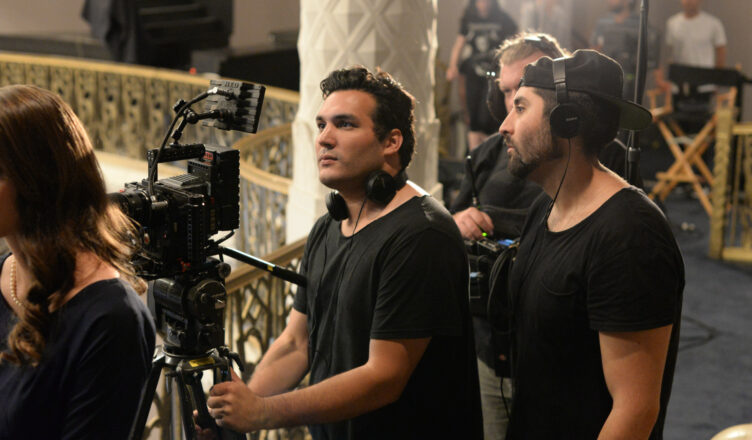 Co-directors Adam VillaSenor & Reza Ghassemi on the set of ‘In Full Bloom’.

Since its completion last year the boxing movie In Full Bloom has been earning plaudits and major awards at film festivals with its post-war story about a match between a has-been American fighter and a Japanese champion.

Made independently over six years, the film combines the conventions and themes familiar to sports movies with crisp noir cinematography that lends the film a distinctive visual edge over most films in the genre.

VillaSenor & Reza Ghassemi, who co-directed and co-wrote the film, joined producer Jacob Stein for an extended chat about the film, the way they collaborate and the toil involved in making an independent film in America, where filmmakers don’t have access to government funding bodies.

Speaking from Los Angeles, the trio might have been physically separate but came together thanks to the wonders of Skype for a very lively, insightful conversation.