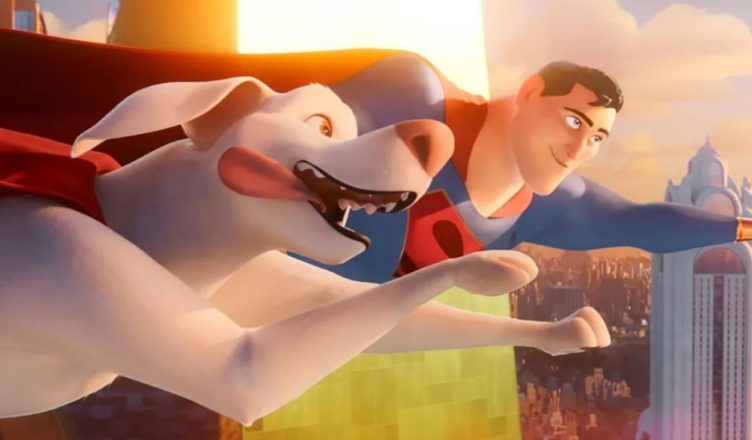 DC LEAGUE OF SUPER-PETS *** (106 minutes) PG
Had your fill of superheroes yet? No? Good. Here now the genre ensnares the animal kingdom with DC League of Super-Pets, a family-friendly, crowd-pleasing animated escapade about Superman’s super-powered pet dog Krypto (voiced by Dwayne Johnson) and his gang of oddball pals.

Action-wise, there’s the usual flurry of explosions and destruction, all impressively animated to be sure, but regrettably falling into the same-same category of big-screen spectacle we see in evey second big film.

More interesting, and grounding the film nicely, is the relationship between Krypto and pet store escapee Ace (Kevin Hart), who mix into their banter some salient notes about loyalty and pet love. Very well done.

If you’ve ever loved a pet, it’s hard to escape this film’s charms.