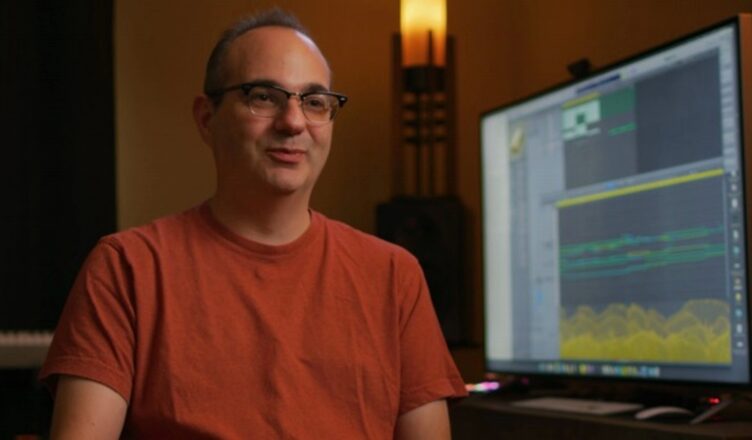 A shadowy composer is spotlighted in ‘Royalty Free: The Music of Kevin MacLeod’.

ROYALTY FREE: THE MUSIC OF KEVIN MACLEOD *** (96 minutes)
Anyone who habitually watches YouTube videos – that should cover everybody on Earth including the penguins in Antarctica – will find here everything they’ve ever needed to know about somebody they’ve never heard of but have often heard.

Prolific composer Kevin MacLeod is internet-famous among content creators for allowing people to use his music for free, provided they credit him.

In consequence his music has appeared in thousands of productions including short films, vlogs, commercials, independent films and major Hollywood productions. His tunes have even been utilized by prostitutes and pornographers – testament, no doubt, to the versatility of MacLeod’s music.

Indeed, his freemium business model is almost Pavlovian in nature: by giving away product to eager creators MacLeod’s brand naturally becomes the first one creators think of when they need paid work done. Quite simple, really. And hugely profitable.

Only his strategy has proved a game changer. After perhaps spending too much time on his background, the film then pulls focus on MacLeod’s divisive role as a classic disruptor.

While his service has been great for some artists and a boon for the cause of Creative Commons, MacLeod has also eaten into the livelihood of musicians and composers who see him as siphoning off work that would otherwise go to them.

MacLeod’s reaction to these issues is somewhat startling and accounts for the most revealing moments in the film. It certainly presents a prime illustration of how deceiving appearances can be.

MacLeod’s bookish, drone-like screen presence might appear diffident and humble, yet Camarda delves beyond that to suggest how MacLeod is, in his quiet, unassuming way, a consummate businessman of the Gordon Gekko stamp – a comparison that is especially pronounced when it comes to issues of guilt or being overly concerned about the higher ethics of his modus operandi.

Then there’s MacLeod the person; Camarda reveals a complex personality with an ambivalence towards socializing and a major problem with depression and alcohol.

As a definitive profile of a little-known, widely used online creator Camarda does a fine job, though the film could probably do with a bit of snipping here and there.

For instance, do people really need an illustration of the difference music makes to movies by showing a scene from

That’s surely something we all know about – as is now the case with MacLeod himself, who we once knew nothing about until Royalty Free, an insightful bio-doc that comprehensively ends MacLeod’s enigma once and for all.