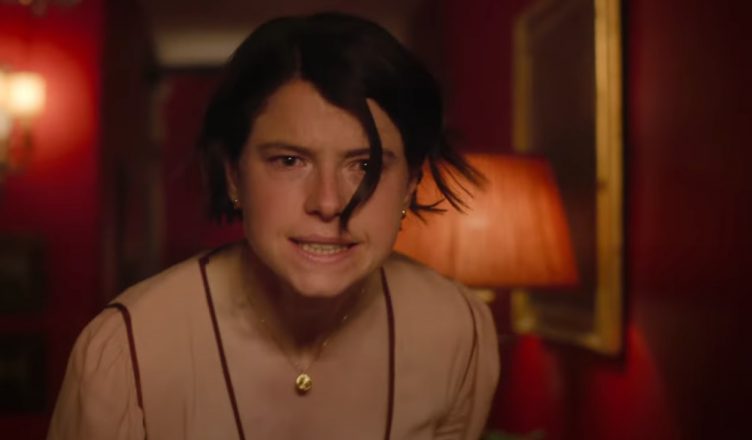 Grief-stricken after a tragedy, Harper (Jessie Buckley) tries to decompress in a lovely postcard-pretty house in the country. But pretty her stay ain’t.

Encounters with the locals and troubles with a stalker suggest that either Harper’s wounded psychological state has manifested into a living nightmare where logic has no purchase and deep-seated, subconscious trauma has taken ghoulish form to terrorize her, or she needs a better travel agent.

As much as we love the conventions of the horror genre and enjoy the works of those skilled practitioners who revel in those conventions, there is also devilish delight in the recent string of horror films that take a different route.

Men joins the ranks of offbeat offerings such as Fresh, Titane and X, terrific genre entries that strived and succeeded in giving us something genuinely different and distinctly unsettling.

As a director Alex Garland shows his versatility here. He wrote and directed Ex Machina and Annihilation and hacked the screenplays for 28 Days Later, Sunshine (both for director Danny Boyle), Dredd and Never Let Me Go.

His cliché-averse approach in Men is increasingly engrossing, effectively teasing you with a series of beguiling moments that lead to a beautifully judged, jaw-dropping closer.

LA BRIGADE **1/2 (97 minutes; subtitled) M
What is clearly intended to be a sweet little charmer starts out fine but gradually becomes a top-heavy message film about illegal migrants. It does charm to a pleasant-enough extent, just don’t expect anything too out-of-the-park.

As per the formula – did the makers of To Sir, With Love ever imagine the reach their little film would have 55 years hence? – initial disdain and resentment soon gives way to affection and respect once the kids get into the kitchen and respond positively to the discipline demanded by Cathy in order to cook good food.

It’s passable but oh-so-predictable, with director/co-writer Louis-Julien Petit rousing just enough conflict to make you care about the characters.

An OK time killer, but nothing more.