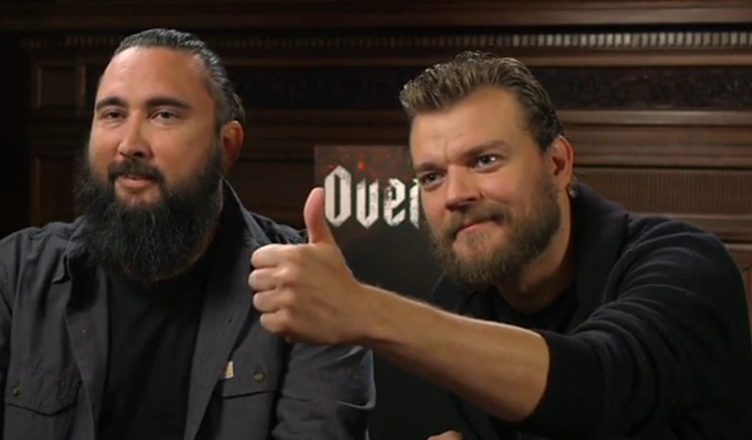 It is a truly blessed event when a filmmaker bring incongruous genres together and the enterprise goes “click” rather than “crash”.

Australian director Julius Avery, in his first Hollywood studio film, blends war movie with zombie horror to create a big, fun, action-splattered hybrid film that proposes how the Nazis were working on reanimating dead soldiers during the D-Day invasion. Think of it as Saving Private Ryan of the Living Dead.

Mounted on what appears to be a very generous budget, Avery kicks things off with a massively impressive aerial combat sequence and gets his squad of soldiers onto the ground and into the thick of it quick smart.

Things might take a little too long to get into the meat of the story, but once they do Avery is eager to keep the pace up, lest you start thinking too much about how whacky these shenanigans are.

With the Nazis up to no good and apologies to the squeamish, Avery mounts some eye-popping single shot sequences, and when the violence hits he really dials things up to 11.

In 2014 he made Son of a Gun, a very good Australian crime-action film starring Ewan McGregor. Costing $12 million it was a dire flop at the Australian box office, where it barely registered. Avery admits the film’s meagre $350,000 marketing budget was a factor.

Nonetheless, Avery got to show Son of a Gun to select studio suits in Hollywood, bringing him to the attention of Abrams.

With Overlord done, he is set to direct The Heavy for Abrams, and is working on the reboot of Flash Gordon for 20th Century Fox.

During his visit to Sydney Oz Comic-Con a few weeks ago, Avery made some time for a good chat, accompanied by actor Pilou Asbaek.