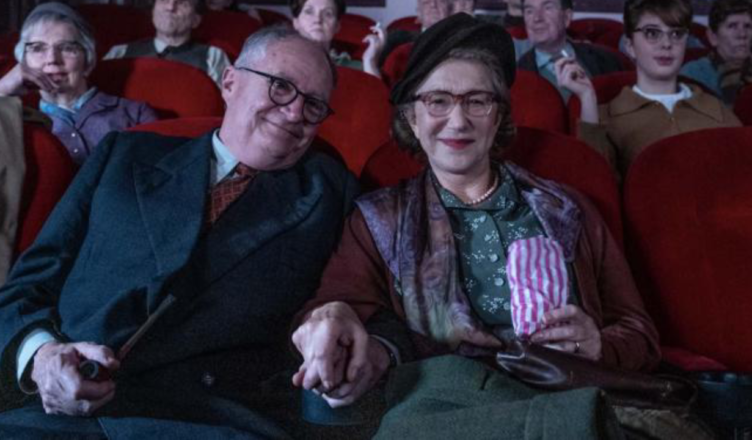 Night out: Jim Broadbent and Helen Mirren star in the period comedy ‘The Duke’.

THE DUKE ***1/2 (96 minutes) M
Ever noticed how a good British comedy is a lot like putting on a favourite cardigan and/or pair of slippers?

It’s not the first time that simile has been made and it certainly applies to The Duke, a delightful period comedy about the 1961 theft from London’s National Gallery of Goya’s portrait of the Duke of Wellington by Kempton Bunton, a rebellious working-class who stood up for the working man.

Unspooling like a quality comedy from the height of the Ealing Studios era – responsible for such classics as The Ladykillers, The Lavender Hill Mob, Whiskey Galore and many others – the film is graced by a typically spirited lead performance from the ever-versatile Jim Broadbent (Bullets Over Broadway; Another Year; Brazil; Moulin Rouge), one of Britain’s premier character actors.

Framing him as a self-declared hero of the hard-working folk around him, Broadbent imbues Bunton with a sharp, witty tongue and a defiant nobility, even though he has trouble holding down a job.

Baulking at the amount of taxpayer dollars the government has spent on the portrait, Bunton figures that depriving the hoi polloi of such a universally famous portrait might well offer him a platform from which to spruik about his belief that the common man and woman is being royally done over.

The Duke is a sprightly, well-handled comedy with the distinction of a very amusing courtroom sequence where Bunton is made to answer – and he does, to wonderful effect.

The film also plays with stereotypes of the English, wherein Bunton is the loveable, outside-the-box suburban eccentric rubbing up against the prim-and-proper establishment.

It’s some tribute to Mirren that, while she is much more famous than Broadbent and can do whatever she like she has chosen here to frump up, blend into the dank period décor of a working-class home and play support.

No doubt other actresses of her stature would demand a bigger role, or a film where they are the lead, but here she’s just a loving wife and mum trying to get a handle on her unruly hubby, always happy to give him a bit of stick when he deserves it. What a class act she is, not that we needed more proof of that.

Sadly, director Roger Michell passed on 22 September before he could see the film in full release, which would have been in November last year had it not been for Covid.

Mike Myers (Austin Powers) once spoke of his enormously supportive father and how he died before Myers hit it big. Myers poignantly described the timing as a “cosmic rip-off”, a term that applies to this misfortune perfectly.

The Duke is screening as part of the British Film Festival, which runs all over Australia until early December. For all you need to know, please go here.

Please Note: The festival offerings are for those 18 and over, unless otherwise specified. Kindly check the site for deets.