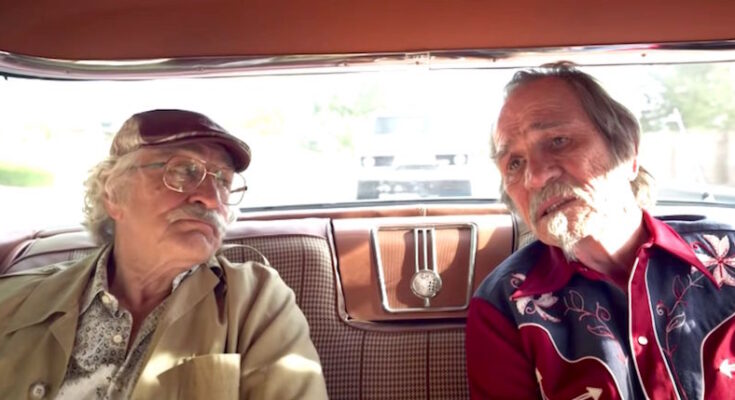 THE COMEBACK TRAIL *** (103 minutes) M
In one of his best comic performances to date, the usually dramatic Robert De Niro plays Max Barber, a desperate 1970s Hollywood producer of Z-grade exploitation films who hits upon a scam to raise money for his dream project by collecting a huge insurance pay out after murdering the has-been star of a picture he has no intention of completing.

His partner and nephew Walter (Zach Braff) knows nothing about the scheme as they hire Duke Montana (Tommy Lee Jones), a washed-up star of westerns now living in a retirement home for actors whose interest in committing suicide abates when the prospect of a comeback enters his room.

Providing Barber with plenty of motivation to raise the money is Reggie Fontaine (Morgan Freeman), a colourful gangster who is none-too-happy that the $350,000 he invested in Barber’s latest epic, Killer Nuns, looks like going down the tubes now that the film is being protested by angry Catholics.

With a female director on board (Kate Katzman), Barber devises ways to dispatch Duke during some stunt sequences, his attempts resulting in some unexpectedly great footage.

As far as biting satires about Hollywood go, The Comeback Trail is fairly light stuff, its jibes not really going beyond cracks about egocentric actors and unethical producers.

Based on the 1982 film of the same name by Harry Hurwitz (whose 1970 film The Projectionist with Rodney Dangerfield pioneered the use of superimposition in movies), The Comeback Trail certainly doesn’t come close to the Hollywood skewering delivered in 1997’s Wag the Dog or 2008’s What Just Happened. Both these films also happened to star Robert De Niro, the latter as a veteran producer.

Though he’s best known as one of the greatest living dramatic actors, De Niro has spent a good chunk of his latter career doing comedy, his comic gift being signalled early on with 1983’s The King of Comedy and 1988’s Midnight Run, an action comedy that has become something of a classic, with Ben Affleck openly confessing his deep love for it.

It is fitting, then, that The Comeback Trail is directed and co-written by George Gallo, who wrote Midnight Run and here elicits an energetic performance from De Niro. His comic turn isn’t in the league of what he did in 2000’s Meet the Parents (a genuine classic in which nobody intends to be funny) or 1999’s Analyze This, as Max Barber he breezily brandishes the extroverted chutzpah you’d expect from a low-flying Hollywood hustler.

It’s also great to see legendary heavy hitters such as Robert De Niro, Morgan Freeman and Tommy Lee Jones sharing the same frame in The Comeback Trail, though it is obvious how these veteran A-listers are punching way below their weight.

Oh, how one wishes that such a trio had been drawn together by a film with real dramatic gravitas rather a featherweight comedy, consistently funny though it is.

Whatever you do, stick around for the end credits where you’ll be treated to the trailer for Killer Nuns, which actually looks fun enough to land a real deal.