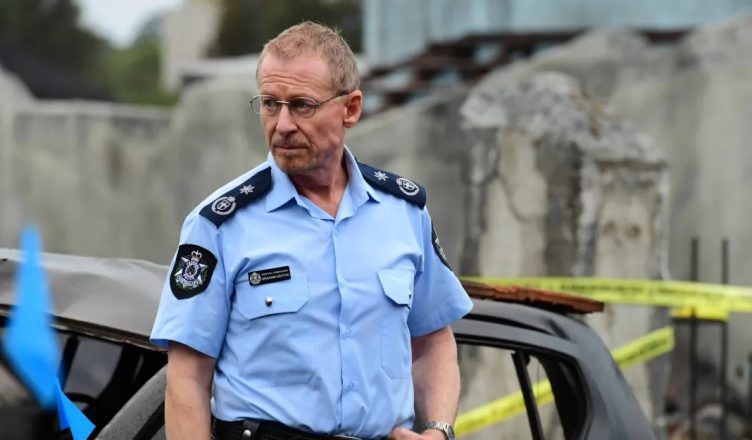 Unfurling a tight clutch of personal, political and spiritual stories detailing the terrorist atrocity that claimed 202 lives, including 88 Australians, in October 2002, the four-part mini-series (an Australian-Indonesian co-production) maintains a fine balance between the pursuit of the perpetrators and the wide-ranging journeys of their many victims.

That’s a lot of plates to be spinning, yet we never lose focus or interest as we jump between storylines both large and intimate, often skipping back in time to revisit the bombing from a new perspective.

The poised, delicate performance from Roxburgh shows Ashton as a man sandwiched in an awkward, delicate situation.

On one hand he has to mediate the frustrations of his crew who resent all the restrictions forced upon them. On the other, Ashton must convince the locals about the best way to do things, such as how the bulldozing of Ground Zero to set free the ghosts of the fallen might not be a great idea given all the evidence that still needs to be gathered.

There are wider political considerations he needs to factor in so as not to upset the relationship between the two nations. It’s a big burden to carry and a jagged pill to swallow, but swallow it he does as he pushes on, striving not to compromise the prosecution of the culprits.

In parallel are the travails of victims and their families who are confronted by poorly resourced medical facilities and staff who seem to know less than a holidaying doctor (Arka Das) who literally walks in and helps with triaging victims and getting them aboard a Hercules transport to hospitals back home.

Amidst the stinging trauma of massive burns, infected limbs and informing patients about the limb they are likely to lose, the show is at pains to highlight the invaluable work of Dr Fiona Wood (Rachel Griffiths) who put into use a pioneering “cell spray” (or spray-on skin), which she invented years earlier.

Admittedly, there are a few scenes in Bali 2002 where the dialogue sounds as though the actors are reciting research notes, but these are thankfully rare, with strong performances anchoring the show in a range of jagged emotions that encompass fear, paranoia, depression, inconsolable grief, worthlessness and, ultimately, hope.

Indeed, one of the finest aspects of Bali 2002 is how sensitively and poignantly it illustrates the psychological toll of the attacks.

For newlywed Polly Miller (Claudia Jessie), who lost her husband in the attacks, the aftermath is a debilitating ordeal involving hallucinations and survivor guilt.

With footballer Jason McCartney (Sean Keenan), his road to recovery demands a determined battle to overcome his burns so he can honour the lives of the many footballers killed by returning to the field. Keenan’s terrific performance is a fitting tribute to the heroic athlete who, though severely injured by the bombings, insisted that others be treated first.

Keenan also owns one of the key moments in Bali 2002 as McCarthy looks at a plastic bag containing all the shrapnel pulled out of him. The sense of how lucky he feels to be alive is palpable. Top direction there.

And while Bali 2002 is bookended with moving statements from Ni-Luh (Sri Ayu Jati Kartika) about how evil comes with good, the drama is far more nuanced than that.

Loathesome though they are, we hear from the terrorists about what motivates them and how they consider the killing of innocent holiday-makers justified by American foreign policy. It’s fleeting, but we even see a little boy wearing an Osama Bin Laden t-shirt. To them slaughtering the innocent is justice, not murder.

Wisely, perhaps diplomatically, the show stresses the oft-made point that Islamic extremist organisations such as Jamal Islameer – an off-shoot of Al-Qaeda responsible for 9/11 – don’t speak for the majority of peace-loving Muslims who detest their violence and who, as was the case in Bali, end up being the main victims of extremist atrocities.

Though McCarthy’s story is one of the inspiring strands embedded in the series, Bali 2002 doesn’t patronize us with a neat ending or nicely rounded feel-good sentiments.

Bravely, the series offers a much more circumspect view of events, stressing how the campaign of deadly bombings continued and raising the cutting question of how much the Australian government knew about heightened threat levels in Bali weeks before the bombings took place.

If you manage to get that far into the show without getting angry, that sobering scene is likely to tip you.

Still, it’s hard not to take some wicked delight in one of the most memorable scenes in Bali 2002 as Ashton interrogates terrorist Imam Samudra (Bravo Rimba).

As a hardline jihadist he proves a hard nut to crack, boasting of the pride he has in his character and steadfastly refusing to surrender the name of the Jamal Islameer bombmaker.

Then Ashton casually presents Samundra with some items gleaned from his laptop, a revelation that undercuts his self-image and underscores the importance of keeping your private entertainment on an external hard drive.

One quibble: archival news footage of the bombing is blended in with the recreation of the event, presumably to heighten the show’s realism. That’s fine, but the square aspect ratio should be cropped to match the widescreen format. We know it’s old film but the sudden switch in image size is unnecesarily distracting.

No doubt Bali 2002 could easily have been eight episodes instead of four. There must have been mountains of material the creators had to work through in sculpting the series into such a lean, powerful package.

Hence, kudos to the producers, to directors Peter Andrikidis and Katrina Irawati Graham, and writers Marcia Gardner, Justin Monjo & Kris Wyld, for bringing discipline and cluster of clean dramatic through lines to such a complex and confounding event.