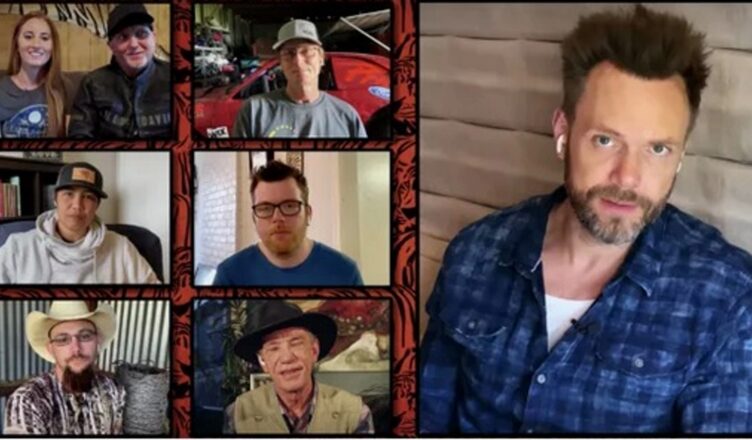 TIGER KING: THE TIGER KING AND I ** (45 minutes)
No, despite what we were lead to believe, this is not episode eight of Tiger King, but a hastily slapped together post-series catch-up with most of the main players from the extraordinary documentary series that set viewing records, largely because of a greatly inflated audience seeking distraction during the global CV19 shut-in.

Messily hosted by comedian Joel McHale (Community), the show has him interviewing each of the participants via video chat about Tiger King, how it (mis)represented them, what they got out of it (if anything) and what they’re up to now.

Not a skilled interviewer, McHale’s scattershot style nonetheless elicits some golden quotes, with opposing opinions on what Joe Exotic – now serving 22 years for planning to kill rival Carole Baskin – was really like.

Hated as he is Joe actually has his defenders, though there’s no defending him in one distressing anecdote involving a ghastly example of animal cruelty.

Neither Baskin nor Exotic are interviewed and that’s a huge hole in the show because they’re who we really wanted to hear from. We’re not even told if they were approached.

Given how much Baskin has railed against her portrayal in Tiger King, one imagines she would have lurched at the opportunity to set the record straight (from her point of view, at least).

As for Joe, he’s not exactly busy with a full dance card at the minute. We learned from Tiger King that he loves talking on the phone from prison so it seems he would have been an easy get. So why the no-show?
(Netflix)