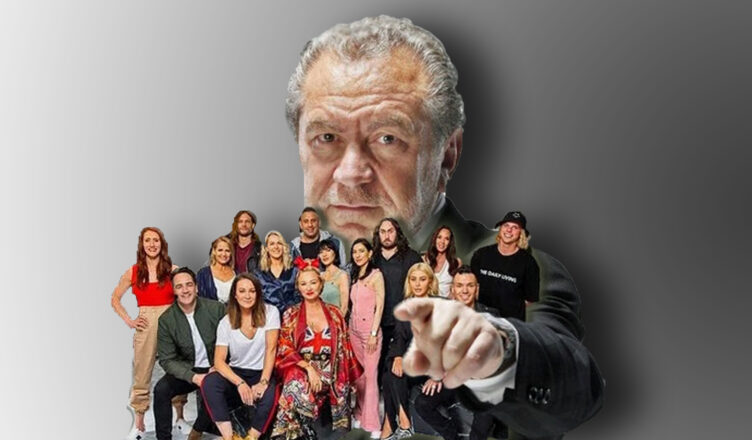 News just in that a new season of Celebrity Apprentice Australia begins 7pm Sunday on Channel Nine. This is very good to learn because if there’s one thing the world needs right now it’s more reality television.

The show’s big hook is that the participants will be fighting each other in various business-driven challenges for the sake of charities they hold dear.

This is a clever move because it gives a warm, feel-good vibe to any arguing, bickering, fighting, swearing, hatred or instances where adults behave like tantrum-throwing four-year olds that might appear on the show. So even if things occasionally descend into an embarrassing mess, it’s all for a good cause.

Now, normally with reality TV programs you can get a very good sense of what’s going on without actually watching the show itself, with Married at First Sight serving as a prime example.

Yet the assembled cast of Celebrity Apprentice Australia offer many compelling reasons to tune in to the actual thing.

Chief among these is the curious presence of Ross Noble, a much-loved comedian whose many fans would have pegged as the type of person who would make fun of a show such as Celebrity Apprentice Australia rather than appear on it. Will he bring his distinctive brand of humour to the show? Or will he dutifully lock into its format?

We also have the popular singing sister duo The Veronicas, who are very sexy. They are certainly very sexy in the ads for the show and have long played on a suggestive sapphic vibe, which is forbidden, of course, what with them being twins and all. Can they still maintain their sexiness amidst the mayhem of Celebrity Apprentice Australia? Here’s hoping.

The presence of Australian Idol graduate Anthony Callea raises one compelling question: will he look for an excuse to sing

We fondly remember Michelle Bridges as one of the hard-driven trainers from all those seasons of The Biggest Loser. Many us watch Netflix in her branded sportsware and will be keen to see her show us what 50 looks like.

Bridges was spawned from reality TV, having also done spots on Celebrity Masterchef and Dancing with the Stars. Thats a common trait with others on Celebrity Apprentice Australia.

To wit: Josh Gibson is best known beyond AFL circles as one of the participants in the 2018 run of I’m a Celebrity; Olivia Vivian harks from Australian Ninja Warrior; model David Genat was delivered unto us by Australian Survivor; Martha Kalifatidis was on Married At First Sight.

So from now on when people sarcastically ask “why does reality TV exist?”, we can confidently counter that it exists to produce instant celebrities who can then be used on other reality TV shows. QED.

Aside from any money they raise for charity, the main value their presence has on Celebrity Apprentice Australia will be to determine whether or not the clock is still ticking on their 15 minutes.

Beyond these marginally famous persons there are, quite honestly, others with a seat at the Celebrity Apprentice Australia table whose presence challenge the traditional definition of what a celebrity is.

Stretching back aeons to a time as far away as the 1990s, celebrity was, by and large, a by-product of achievement. People knew who you were because of what you did and everybody knew what you did because it was awesome. Being a celebrity meant something.

Today, not so much. It’s more often the case of people recognising a “celebrity” without quite knowing who they are or what it is they have contributed to society, the syndrome of people being famous for being famous.

As is always the case with any reality TV show that staples the word “celebrity” to the front of its title, there are those on the Celebrity Apprentice Australia roster who, while achieving due prominence in their chosen fields, nonetheless stretch the definition of what now constitutes a celebrity.

No disrespect, but is Rob Shehadie a celebrity? We loved him as Rocky in Pizza and Housos with Paul Fenech – but that was a long time ago. He co-authored the so-so comedy show Here Come the Habibs, which some people have heard of, and Street Smart, which most people haven’t heard of. Does that really qualify for celebrity status? No disrespect.

And how many of us beyond the fashion realm readily recognize fashion designer Camilla Franks? More power to her for being an industry powerhouse and all, but why does that qualify as celebrity? Then there’s Michael Wipfli, aka Wippa from Nova radio’s breakfast duo Fitzy & Wippa. A celebrity? Never heard of him.

What would happen if you showed a picture of interior designer Shaynna Blaze to the average taxpayer? Would they exclaim: “Hey, she was on The Block! And Selling Houses Australia! And Buying Blind!” Perhaps. Or perhaps not.

With surfer dude Alex Hayes we see the emergence of celebrity spawned straight from social media, where he boasts a sizeable presence on YouTube (381K subscribers) and on something called Instagram (518k followers). That apparently makes him Internet Famous, but does that match good-old Free-to-Air Television Famous? We shall see. Still, he looks good on camera, so that’s something.

But who are we kidding?

The real reason to watch Celebrity Apprentice Australia is for Sir Alan Sugar, the guy who’ll be doing all the firing and ego slicing. He’ll be assisted – ably, no doubt – by Boost Juice’s Janine Allis and noted fashion person Lorna Jane Clarkson.

Sir Alan headed the British Apprentice for 15 seasons and unlike his American Apprentice counterpart Donald Trump (former and future president of the US) is a self-made billionaire.

That means he built his empire up from nothing, or as Sir Alan would say it, from nuffink.

A lad from the streets of Hackney in London’s East End, he’s shown that he has no time for airs or excuses when it comes to business. How can you not love this guy? When they eventually come to do the biopic, Sir Alan will be played by Ray Winstone (provided he sheds some kgs) or Jason Statham (provided he gains some).

So the scene is set for the latest Celebrity Apprentice rumble. We’ll see if it breathes new life into the franchise, which has been dormant since its four-season run ended in 2015.

As with previous seasons, the show will raise much-needed money for charity, which is all good and that, but the ultimate pay-off will be in providing us with lashings of the type of angry, argument-driven, cringe-worthy entertainment we have come to expect from reality TV.

That, and justifying why some of these people are on television.

Celebrity Apprentice Australia begins on Nine, 7pm Sunday (23 May) and will also be on the Nine app, apparently.