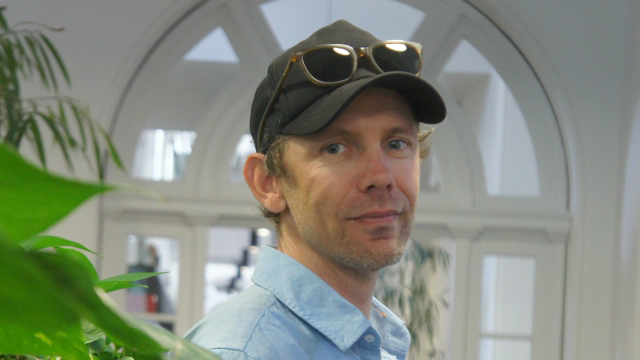 Degrees of difficulty: Shooting on the sea, using non-professional actors and working on a shoestring budget were just a few of the challenges director Rodd Rathjen faced while making his remarkable debut feature ‘Buoyancy’.

Seen through the eyes of impoverished 14-year old Cambodian boy Chakra (Sarm Heng) the simple story follows him as he leaves home in search of a better paying job that will help his family.

Lead by promises of lucrative factory work Chakra arrives in the city but promptly finds himself ensnared in the human slave trade.

Survival becomes Chakra’s key concern as he curries favour with the crew, presenting them with the best fish from each load of sealife they dredge up from the sea floor, most of which will become pet food.

The deftness of Rathjen’s direction can be seen in the shifting shades of Chakra’s nature. The youthful light of Chakra’s soul slowly darken as his innocence ebbs away and he realises the cost that survival will exact.

There are some pretty intense scenes of violence in the film but, as with Jennifer Kent in The Nightingale, Rathjen has an instinct for knowing just how much to show to deliver full impact without needing to go graphic.

Oddly, yet deliberately, the film often takes on a lyrical feel in stretches where there is little dialogue and the boat is framed by a picturesque sea. Cinematographer Michael Latham captures the cruel irony of the horrors

and deprivations that take place on the boat are framed by the exotic, indifferent beauty of the locale.

Though it is not stressed strongly enough, the film’s drama is intended to show us the first link in the supply chain of products that end up on Western supermarket shelves, and the slave labour involved.

The film is designed to deliver a powerful anti-slavery message and has received wide acclaim. At the Berlin Film Festival Buoyancy won the Prize of the Ecumenical Jury and it will be Australia’s submission for the Best International Feature Film Oscar (where it will compete for a berth on the short list with about 80 films from around the world).

Elated by the film’s packed sessions and positive reception at the Melbourne International Film Festival, Rathjen was eager to speak to us about the making of the film, the difficulties of production and what impact he hopes it will have.

We also spoke to supply chain expert Kate Skattang to pull focus on the slavery situation around the world and especially in South East Asia. She explains how recent legislation will compel companies to closely examine their product supply chains to help expose and eradicate slavery, though it’s early days yet. At a guess, the global slave population stands at around 40 million people.

The link to her interview appears towards the end of our chat with Rodd Rathjen and also appears as a separate post.