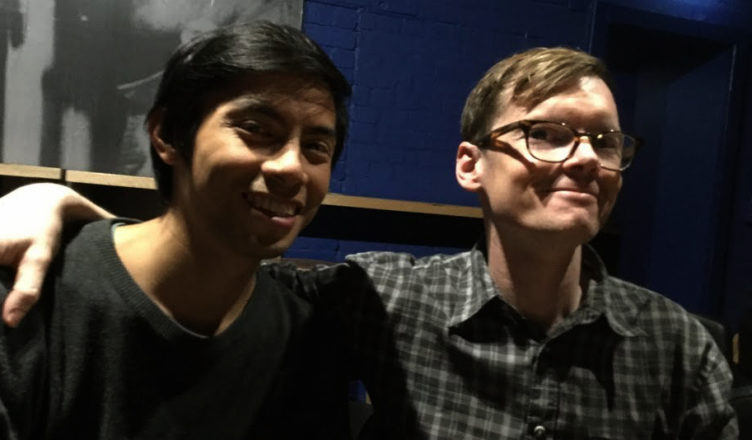 In an era where becoming famous need have nothing to do with talent or skill, Melbourne filmmaking trio David Elliot-Jones, Lachlan McLeod and Louis Dai decided to explore issue by going to Japan, a land where fame can be easier to obtain than breathing space on a bullet train.

For reasons best known to the Japanese themselves, foreigners hold a powerful allure and any eccentricity is celebrated. As an experiment they set about making Dave famous, fully aware that such a thing would be almost impossible in Australia.

When not working as teachers they filmed almost every moment of Dave’s two-year journey through the bizarre fame machine, shooting hundreds of hours of footage.

They also profile three famous-in-Japan personalities: Ladybeard, an Adelaide-born performer who dresses like a girl; Kelsey Parnigoni, a Canadian woman who reinvented herself as a J-Pop star; and Bob Sapp, aka The Beast, a big, black American fighter who plays against his intimidating presence by playing cute.

As a documentary on the nature of 21st century fame, Big in Japan is as eccentric as some of its stars. Full of often startling insights into Japanese media culture and the extend to which sopme will go to become famous, the film offers a compelling, cack-filled chronicle about the ease with which one can rise above the masses, thanks largely to the masses’ unquenchable hunger for distraction.