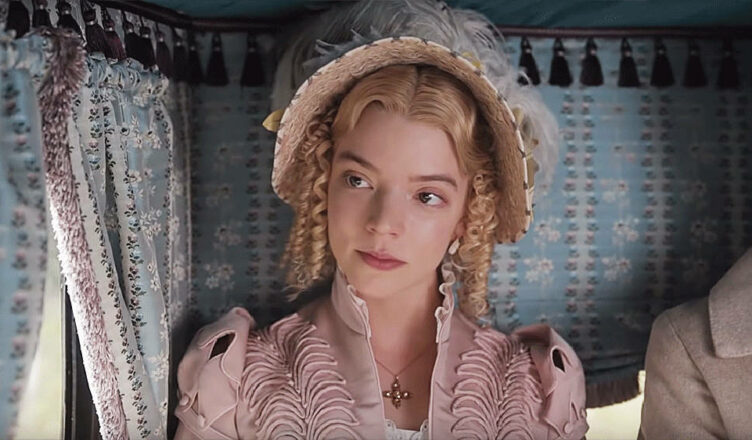 EMMA *** (125 minutes) PG
While there’s no risk this new version of Emma will replace that place in our hearts long occupied by Gwyneth Paltrow’s near-perfect 1996 Emma, it is nonetheless a fine, lush-looking, very well-directed remake starring a cast of relative unknowns and a lot of splendidly upholstered heritage-listed houses.

For those who skipped a few too many English Lit classes, Emma is based on the 1815 book by Jane Austen, the proto-feminist author who also gave us such ever-adaptable romantic classics as Pride and Prejudice, Persuasion, Mansfield Park and Sense and Sensibility.

Set in the well-to-do world of the English upper class, the cautionary tale follows the meddling of gossip-loving Emma Woodhouse (Anya Taylor-Joy), the strong-willed, independently minded daughter of an elderly land baron (Bill Nighy) whose wealth and privilege have liberated him from all concerns in life, save for the detection of cold draughts.

Emma is a minx: a face of alabaster beauty has imbued her with an admirable self-confidence and, consequently, a less-admirable ability to influence those around her, especially women.

With an out-sized ego and nobody to challenge her aside from her life-long friend, the great-looking George Knightley (Johnny Flynn), Emma is a self-appointed matchmaker, advising who is best for whom – all, of course, according to her values, not theirs.

Insulated from consequence, it’s all a game to Emma – that is, until she over-steps the mark by putting the kibosh on the proposed union between her close friend Harriet (Mia Goth) and local lad Robert Martin (Connor Swindells).

Emma’s hubris comes in for a hammering when Knightley, a close friend of Martin’s, gets hopping mad at Emma over the happiness she has prevented with her interference.

Her overall behaviour is the issue at the heart of the story, and whether she has the good sense to see how she affects the social world that revolves around her. Is it possible for somebody with such an inflated sense of self to see how they can be obnoxious, even cruel?

It’s a highly engaging theme, and first-time feature director Autumn de Wilde (a photographer by trade) shows the sureness of touch of a seasoned filmmaker here, drawing out the built-in tension of Austen’s refined dialogue and liberally sprinkling the film’s romantic drama with verbal wit and visual gags.

She also pulls off a memorable scene where, without words, she shows the moment two people fall in love. Either de Wilde had help composing the scene or she’s got a gift. It’s really quite something.

Of the cast only Bill Nighy will have instant name recognition to a lot of people.

Still, the young players put in impressive turns, with Flynn sturdy as Knightley and Anya Taylor-Joy (Glass; Split; Morgan; The Witch) especially good as Emma. Costumed and made up to highlight her porcelain beauty, she hints at the ugliness that can dwell beneath a veneer of such finery.

As for the film’s period look the costumes are gorgeous and glowing, complementing the verdant exteriors of hedgerows and hills carpeted by lawn, and the sumptuous interiors. With so much of the British countryside officially protected – including some of those magnificent estates – it’s always fun to wonder how the production values of period films such as Emma benefited, and how much it might otherwise have cost.

But why remake Emma? Along with Gwyneth’s film (actually written and directed by Douglas McGrath), there was the 1932 pre-code film, the very good 1996 telefilm starring Kate Beckinsale and, to be fair, 1995’s Clueless starring Alicia Silverstone, a loosely adapted modern-day version of Emma.

As we saw with Little Women, it’s common practice with remakes, especially of period films, to read some topicality into the work, just to help justify its existence.

In the case of the new Emma, which remains fairly faithful to the novel, we’re presented with the suggestion that busy bodies with nothing better to do but meddle in the lives of others existed hundreds of years before the internet was invented.

Not that the film needs a contemporary hook. Emma stands fine on its own.