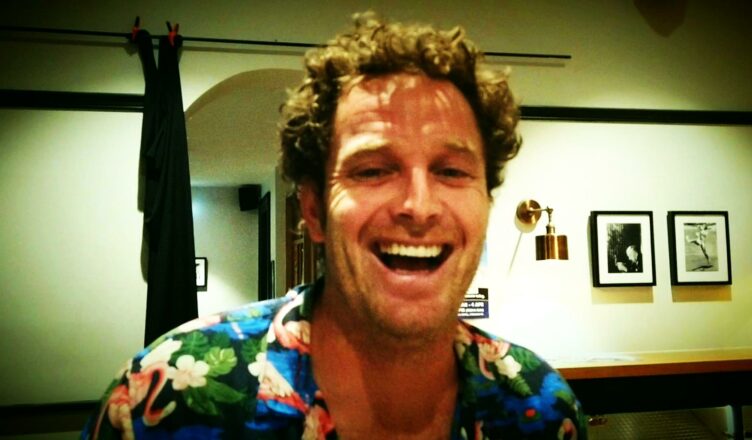 “I just like to be the cynic, the jaded, vile antagonist; I don’t think we’ve made the best use of our consciousness.”

Circling the Drain: Andrew Wolfe **** Imperial Hotel until Monday 12 April
The world according to Perth-based comedy tornado Andrew Wolfe might not be all that rosy or sweet or even comforting, but it is often blisteringly funny as he unloads on life as he knows it – and, it turns out, as we live it.

His frenetic, frazzled, sometimes furious routine is studded with jagged observations that hit dead centre, proof being in how the packed room at The Imperial on Monday night was positively heaving with laughter as Wolfe tore through a wide-ranging set that crackled with anecdotes, one liners and Wolfe’s distinctive brand of wild-man wit.

Using himself as a punching bag and with a high-energy, bullet train mode of delivery that could power a medium-sized battleship, Wolfe is as brutally critical of himself and his life choices as he is about the world.

Often having to shout over the pulses of laughter from his crammed audience, Wolfe’s thunderous reverie of cynicism slices through everything from alcohol abuse, drug abuse, blackouts, cheese, Madame Tussaud’s, natural birth and having children.

He takes particular, razor-sharp aim at mid-life crisis, the nature of fame, virtue signalling, cancel culture, online hectoring and, of course, Boomers (a favourite topic at the Festival this year, it appears.)

In the empty room the day after his debut gig, Wolfe, a qualified stock broker, took some time out to discuss his acerbic approach to life and his deep love of comedy. He was also honest about himself. Though his electrified style of delivery might suggest that he is on something, Wolfe insists that he is clean and sober, and has been for a couple of months.

Being on stage is a trip and it can be a lonely place, he says, but the magic comes when people he doesn’t know respond as one to his take on things.

Just a quick language caution: Andrew Wolfe does have a tendency to swear a bit – well, quite a bit – and it’s all been left in this interview because (1) it speaks to his authenticity, and (2) editing it all out would have taken the weekend.