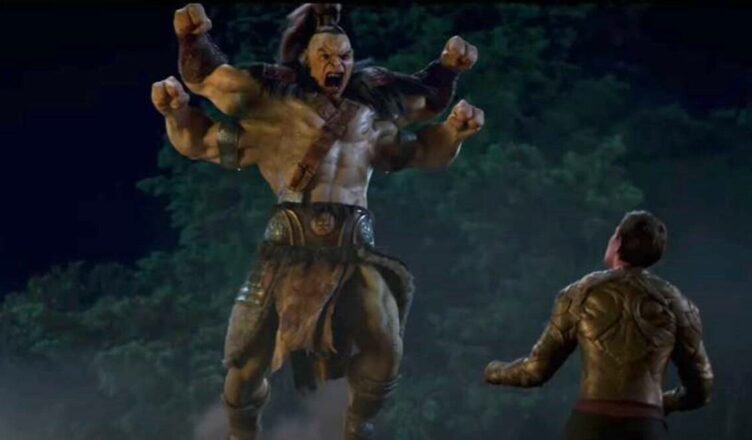 Need a hand?: Monster vs man in one of the many fights in ‘Mortal Kombat’.

MORTAL KOMBAT *** (110 minutes) R18+
Seriously, there should be a special award for the added value brought to a film by the type of comic performance Josh Lawson serves up in Mortal Kombat, a fun, loud, otherwise routine fantasy-action popcorn seller.

Lawson’s ultra-Aussie accent helps sell the string of profanities and one liners that lift the all-too-serious pseudo-mythology of the video game realm upon which the film is based.

As with Godzilla vs Kong, the film does what it says on the label. There are plenty of proficiently staged, if overly familiar, fight sequences that include the geysers of digital blood, angry beasts and those blue energy bolts that seem to be mandatory in films of this sort.

A good, disposable popcorn seller, the film’s VFX work is good, though it does have that stamped-out quality given there’s really nothing here we haven’t seen before many times.

Though there’s nothing particularly Australian about the film apart from Lawson’s accent, the closing credit crawl reveals a big Australian production effort and money from Australian government film funding bodies.

So the Big Question: should Australian talent and money be poured into FX-driven cinematic blancmanges such as Mortal Kombat?

The Big Answer: Yeah, why not?