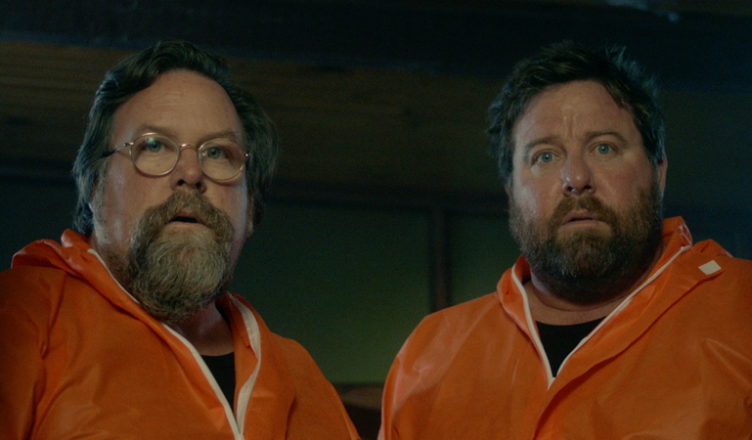 In Brothers’ Nest, two brothers with very average IQs (Shane and Clayton Jacobson) return to their rural home with evil intent towards their step-father (Kym Gyngell).

They have an elaborate plan and a tight schedule to keep, but what seems like a foolproof scheme to secure their future by robbing their step-father of his gets repeatedly punctured by quarrels and unexpected events.

There’s plenty of dark comic tension here as the moment of truth slowly approaches, with Clayton Jacobson, who directed Shane in the 2006 hit comedy Kenny, proving himself a very skilled director.

Working from a screenplay by Jaime Browne and Chris Pahlow, the single location gives him nothing much to cut away to, a restriction Jacobson uses to tighten the screws on the growing conflict between the men. In that regard it is much like some of Hitchcock’s films at their most playful, such as Rear Window and Rope.

To get the film made the Jacobson’s side-stepped the usual channels and adopted the novel method of getting regional cinemas to pay them an advance on expected ticket sales.

While in Melbourne to promote the film, the lads took time out to speak in detail about the film. On the eve of touring the regional centres in their specially marked tour bus, both were in fine form, although Shane was recovering from a snapped Achilles tendon, which required him to keep his foot elevated.

We had a great chat, which is presented here in two parts, first with Clayton, then with Shane, who was especially chatty. They had a lot to say about the film, the film industry and changes that need to be considered with the way films are developed in this country.