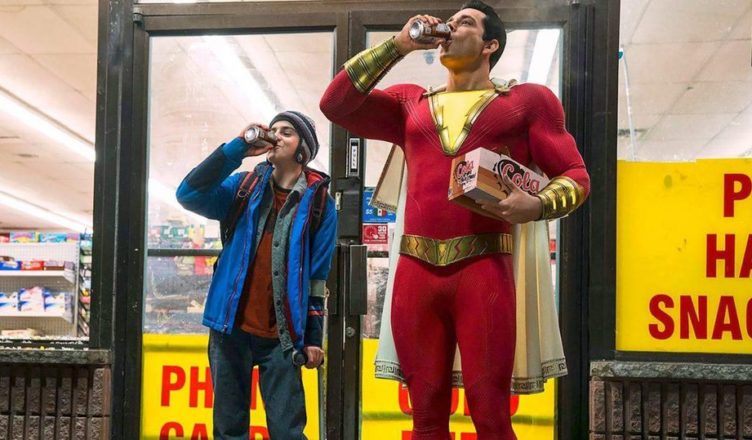 SHAZAM! *** (132 minutes) M
Helping pump the fun back into the DC school of superheroes after the dirge of Captain Marvel (which has just hit a billion dollars worldwide – but who’s counting?) comes Shazam!, a strictly fun-only adventure about a high-school boy, Billy Batson, who acquires the ability to change into a grown-up superhero called Shazam. (The younger version is played by Asher Angel; the older by Zachary Levi, from the TV series Chuck).

What makes this outing so loopy and fun is that Shazam is a novice, unaware of the full extent of his powers and how best to deploy them against the evil Dr Thaddeus Sivana (Mark Strong). The set up to the story is extremely clumsy, but things click into place and really get moving once you know who is who.

More focused on pleasing kids than most superhero films, the film is graced with breezy performances, a slick sense of humour and the theme that even superheroes can’t do it alone, a useful message common to most of these comic-book movies.

Mid90s *** (86 mins) MA
The directorial debut of actor Jonah Hill (21 Jump Street; War Dogs) is a small, unorthodox social-realist gem with much to recommend it thanks to some fine naturalistic acting from a young cast headed by Lucas Hedges (Boy Erased) and Sunny Suljic. Made on a tiny budget and clearly interested in scenes with a real-time feel, the film is set in the mid-1990s among a group of mumblecore teens who are deeply into skateboarding and learning hard lessons from bad behaviour. An impressive debut from Hill, who also wrote the film.