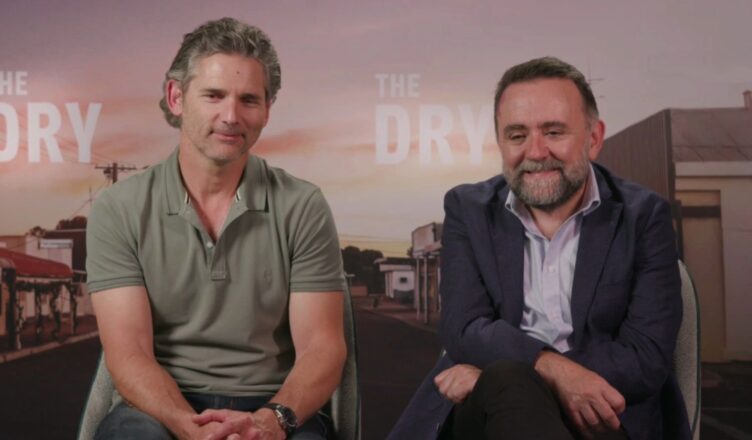 Actor Eric Bana & director Robert Connolly discuss their new film The Dry, based on the best-selling novel by Jane Harper.

Adapted by Connolly and Harry Cripps, the story tells of a federal police officer Aaron Falk (Eric Bana) who returns to his drought-baked home town to attend the funeral of his long-time friend Luke (Martin Dingle Wall) who apparently killed himself after shooting his wife and son.

Falk is about as welcome as the drought owing to a long-standing mystery over the true fate of a teenage girl decades earlier. Her death was deemed a suicide, but Falk and Luke have long been suspected of having been involved and possibly responsible.

The film enjoyed a surprisingly quick journey from page to screen given that the novel was published in 2016. It releases into a COVID-affected movie marketplace on New Year’s Day 2021, having already been delayed several times.

The interview took place via Zoom on Wednesday 16 December, 2020. (Excuse the varying frame rates, a standard issue with Zoom calls.)