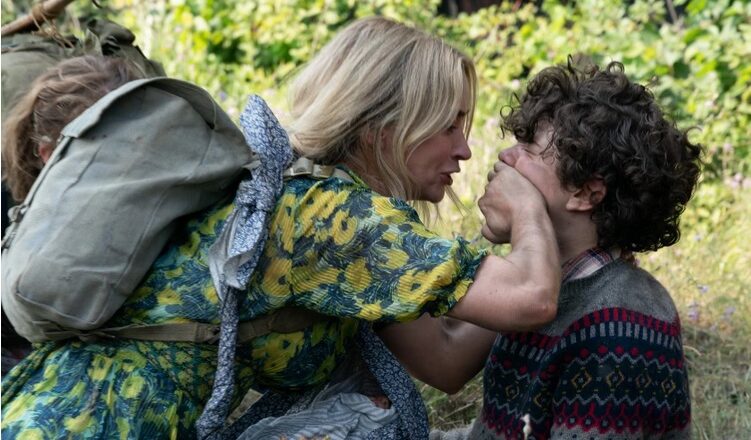 A QUIET PLACE: PART II *** (98 minutes) M
Aside from the emergence of some sizeable story holes, A Quiet Place: Part II serves up a terrific, effective sequel to the surprise 2018 horror hit.

Again directed by John Krasinski, who also wrote the piece, we follow the journey of the Abbott family as they venture out of their rural home and into the dangerous landscape of a post-apocalyptic world, hushed into silence by invading hordes of big-eared, multi-jawed blind aliens who respond with lethal ferocity to any noise that sounds like lunch.

Following the death of her husband (played by Krasinski, who briefly reprises his role in an impressive flashback sequence), it’s up to Evelyn (Emily Blunt) to lead her brood through the badlands to a better place.

With added emphasis on scares and scale, the film offers a decent clutch of well-judged jolts where the need for silence, both from the people on screen and in the audience, is needed to maximize the effect.

It remains a remarkable phenomenon how the low register of the first film actually kept millions of movie-goers quiet, so immersed in the film that even the munching of popcorn and the sipping of drinks was deemed to break the fragile mood of the story.

AQP2 evokes the same creepy, edgy feel and is so well-disposed the chances are that degree of audience participation will be replicated, with some moments in AQP2 bravely going from quiet to actual dead silence.

Action-wise the film is graced by some very good “oners”, those being elaborate sequences seen from one point-of-view without any visible editing. Krasinski has said how part of his inspiration for these was the 2006 film Children of Men, an influence he honours.

As enjoyable as the film is, to be honest, a few story holes regarding the alien monsters emerge in the film, and the more you think about them, the bigger they get. These chiefly regard the aliens’ attitude to water and their vulnerability to guns.

That makes them a little less daunting, their formidable mandibles notwithstanding. The lower threat level might account for why so much design work has gone into making these critters, who resemble miniature versions of the Cloverfield monster, look especially nasty.

All in all, AQP2 is a worthy follow-up, and one that clearly points to the need for a third film to tie everything up.