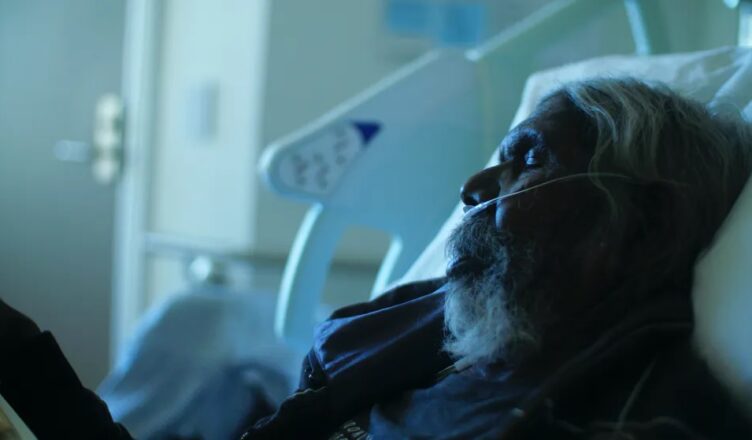 Final portrait: Pioneering actor David Gulpilil is profiled in ‘My Name is Gulpilil’.

There’s no deep analysis or talking-head testimonials about his life and work; archival snippets offer glimpses of him as a young, healthy man full of bonhomie, energy and promise, but there’s no by-the-numbers overview or conventional through line.

Indeed, anyone expecting an easily digested walk-through of the life David Gulpilil has lead, the films he has made and the impact he has had on Australian culture – cinematically and beyond – should brace themselves. This is not that film.

Reaching into the psyche of the barrier-breaking indigenous actor as he faces death, My Name is Gulpilil is not so much a celebration of a great life as a lamentation about a life that could have been great. Or greater.

Stricken with lung cancer and in permanent care, Gulpilil confronts the camera with blistering honesty, fully aware of his numbered days, what he has achieved and what he could have achieved had his personal life taken a different route.

Often centre-frame is his deeply crinkled visage, its crevasses testament to a life ravaged by bad living, belying his age of 67 by at least 20 years.

Though Reynolds and her partner/producer Rolf de Heer have a long association with Gulpilil – he starred in the de Heer films The Tracker (2002) and Charlie’s Country (2013); Reynolds directed the documentary Another Country, which Gulpilil co-wrote and narrated – there’s no sense of it getting in the way of the truth.

If anything it most likely informed its intimacy, its artistry and its lateral approach to presenting a tribute that is at once beautiful, ugly, refined and raw. Masterful touches of cinematic style deliberately clash with verite moments where it’s just Gulpilil speaking directly from his heart to the audience.

And while his iconic status is beyond any sensible question, the issue of whether David Gulpilil achieved true greatness is left open.

Without needing to press the point, the film conveys the seismic influence his presence on our screens had on the way white Australia regarded indigenous folk. The family audiences enthralled by Storm Boy in 1975 were indelibly stamped by its respectful portrayal of aboriginal culture and by Gulpilil’s face.

With similar tact, the film implicitly rouses the sad, unavoidable issue of the artist Gulpilil could have been had his life not been afflicted by alcohol abuse and domestic violence.

My Name is Gulpilil is the saddest film we’ve seen since Firestater – the Bangarra Story, another excellent documentary about indigenous artists. While both celebrate achievement, they also share some unsettling parallels regarding gifted artists succumbing to addiction and self-destructive behaviour.

My Name is Gulpilil was made with the aim of coming out after David Gulpilil’s anticipated demise. Alas, Gulpilil, though extremely ill and infirm, has defied that expectation, giving him the rare privilege of witnessing his own eulogy.