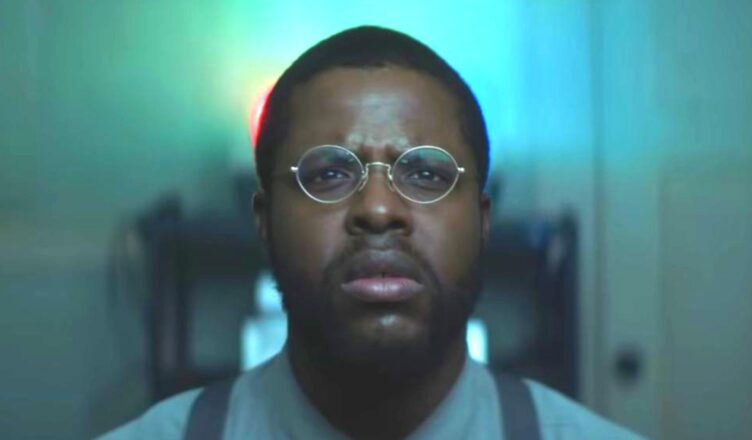 What’s it all about?: Winston Duke stars in the supernatural drama ‘Nine Days’.

NINE DAYS ** (124 minutes) M
In a supernatural netherworld resembling a large desert, Will (Winston Duke) sits in a solitary cabin deciding which souls should be allowed to take human form on Earth. He watches the lives of people on an array of old TV sets, some of it live, some stored on old VHS tapes.

The death of a favourite person leaves open a vacancy for which a series of unborn candidates must apply. Sitting before him in his modest, musty office as if competing for a lowly clerical position, they submit to a series of tests from Will, including harrowing hypotheticals.

We’re hungry for films with originality these days and writer/director Edson Oda’s debut feature certainly begins strongly with eddies of ideas about morality, mortality, the meaning of life and the nature of existence.

At an hour, this could have made a worthy episode of Black Mirror, arguably the most original show to hit the stream in the past five years.

Unfortunately, and despite a magnetic lead performance from Duke in a challenging role, the film gradually degenerates into a long and ponderous pseudo-philosophical talkfest that doesn’t really pay off on its intriguing premise.

Visually, the film is of passing interest for its strict adherence to an analog aesthetic; there are no digital devices in the film. The end credits also note the extensive use of over-the-counter camera equipment, such as GoPros and Sony cams.

Though the film didn’t ring the bell with your humble reviewer, in fairness it need be stressed that Nine Days has received strong early reviews and several accolades, including a Sundance screenwriting award for Edson Oda.

As a side note, Australian audiences are getting the film a few weeks before its release across the US. Who says we aren’t special?