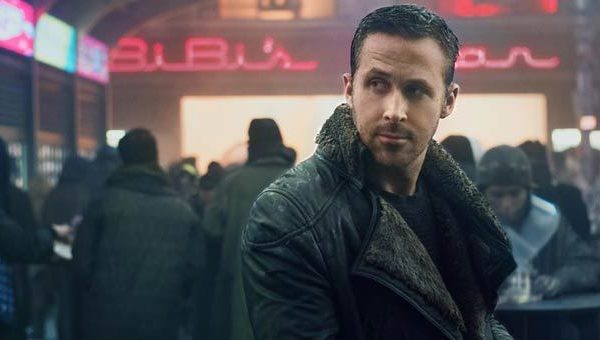 The long-awaited sequel to Ridley Scott’s 1982 sci-fi classic Blade Runner arrives with a resounding thud, the 35-year legacy of the brand being reduced over a painful 164 minutes to a ponderous, portentous, flaccid dirge about our dystopian future. Blade Runner 2049 was one of the most anticipated films of the year. Now it’s one of the most disappointing.

Wearing one expression for most of the movie, Ryan Gosling plays a new-generation “replicant” (artificial person) whose job as a “blade runner” has him hunting down and destroying what’s left of the older, more rebellious robot models.

During one particularly messy job he stumbles across some evidence that frightens everybody, especially the glassy-eyed corporate giant (Jared Leto), who changed the world for the better when he created robots that did exactly as they were told and nothing else.

So he goes in search of Deckard (Harrison Ford) for some answers and that, to respect the wishes of the Sony corporation in general and of director Denis Villeneuve specifically, is all that can reasonably be revealed without giving away what are presumably meant to be intriguing plot developments.

We’ve long had our reservations and fears about automatons reflected in movies, especially when it comes to imbuing them with too much control and – again being careful not to give anything away – not much happens here that the casual movie goer hasn’t seen before.

Blade Runner 2049 is breathtakingly dull, failing on almost every count. It barely has enough story to cover a 90-minute film, let alone one that runs for an excruciating 164. It’s punishingly slow, the performances are sullen and dour; nobody seems interested in being there.

It’s possible some hardcore fans might be fooled by the film’s portentous tone and grimly delivered dialogue that there’s some deep meaning to be uncovered or decrypted. To those willing to go search for hidden profundities please don’t say you weren’t warned.

Still, even given what this is – a cynical exercise of squeezing one end of the 35-year old Blade Runner legacy and hoping money comes out the other – we surely had a right to expect something that was at least interesting to look at. Yet the film is simply a visual bore.

Sadly, it’s the latest example of the ideas drought that seems to afflict new-generation filmmakers. The first film was a game changer, both thematically and with its brilliant use of visuals, all the more impressive for being made back in the pre-digital era when things had to be built for real, not in a computer. Despite the 35-year advantage over the original, however, there’s not a scene, an image, a set piece or even a piece of design work in Blade Runner 2049 that tops anything we saw in 1982. Even Gosling’s flying car looks like a piece of junk.

And why is 2049 so glum? We’re told right at the beginning that famine has been conquered, yet we’re presented with yet another dystopian cliche. Everything is shrouded in smog; the buildings have no design flair; nobody seems to be having any fun.

There are hints to another film still to come, but it’s hard enough to justify this one. And given the growing catastrophe of the Alien prequels one can only wonder why Ridley Scott, a producer on this film, seems so eager to besmirch his own legacy. What next? Gladiator: The Quickening?

We all rolled our eyes when we heard about the pending TV adaptation of Wake in Fright – why can’t they leave classics alone?, we collectively screamed – yet director Kriv Stenders (Red Dog) has come up trumps with this searing two-part drama that voyages into the dark heart of Outback Australia.

While on his way back to Sydney from his remote post, teacher John Grant (Sean Keenan) succumbs to the lure of drink and gambling and is left destitute in the town of Bundanyabba, a dying mining town with a strange pull on its residents.

His increasingly desperate need to leave is countered at every point as he descends into a waking fever dream of primal fear that eventually has him running for his life.

Neatly divided in two 82-minute halves, the first part is mostly devoted to recreating and updating the maddening swirl and powerful sense of nihilism of the film, with Stenders applying some toxic stylistic touches as Grant loses more and more control of himself.

In part two, the proceedings take on a more conventional tone as Grant gets involved with some local nasties while struggling to keep his rapidly deteriorating life from totally collapsing.

Seasoned with stark visuals and great performances, especially from Keenan and David Wenham as a “friendly cop”, this is compelling and tightly directed stuff, made all the more admirable for the high degree-of-difficulty it set itself in taking on an Aussie classic. There’s not even any recourse to cliched Aussie humour. The film simply does not want to let go of its grip.

In this in-depth interview, Brisbane writer Stephen M. Irwin explains the genesis of the project and the process of adapting such a well-known story for a 21st century audience.

Irwin also wrote the film Australia Day, also directed by Kriv Stenders and now out on VOD. At the end of the Wake in Fright clip is a link to the second part of the interview where he speaks about the film.

Though speaking by phone we had a very clear line. Stephen was very generous with his time and offers many thoughtful reflections on these works.