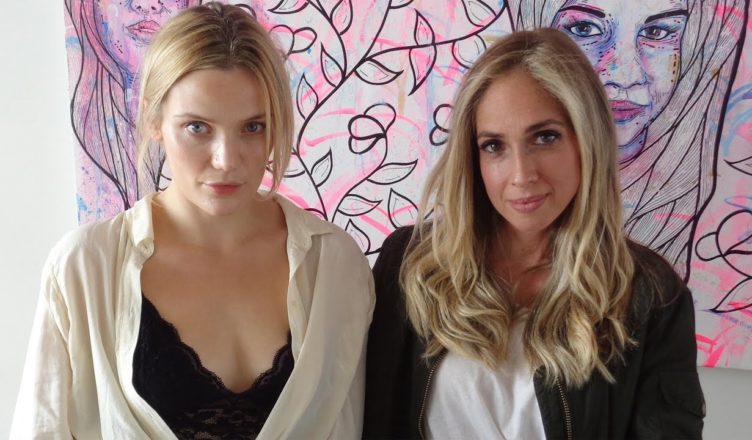 Set largely in the mural-covered back lanes of Melbourne, first-time writer/director Romi Trower delivers a bitter-sweet, occasionally jagged romantic comedy about Adrian (Luke Ford), a man with OCD (Obsessive Compulsive Disorder) and Grace (Anna Samson), a young woman with more personalities than she can handle.

They share the same therapist (Kaarin Fairfax), the same street and the same stirrings of romance, but the realities of their afflictions makes connection very difficult, and a little dangerous.

Dealing with mental illness has got to be one of the most precarious balancing acts a director can take on, and while Samson is super-impressive in her role(s), Ford’s twitchy, diffident turn feels a little forced.

The film looks fine, with kudos to seasoned cinematographer Ian Jones (Charlie’s Country; The King is Dead; The Tracker) for making an obviously tiny budget look so good. One does wonder if the day will ever come when a local, lo-cost filmmaker will enjoy the luxury of an extended schedule rather than the usual flurry of production.

Romi Trower and Anna Samson were kind enough to sit down for a deep-dive discussion about the movie, the perils of low-budget filmmaking – Trower was stricken with back problems and had to direct some scenes via Skype! – and what the Australian cinema landscape looks like at the moment.

Samson, who has a strong theatrical background, also discusses her remarkable range. As well as her multiple roles in What If It Works?, she appears in the mini-series Wake in Fright as the frightening, gun-loving Outback villainess Mick Jaffries.

Almost unrecognisable in the role, Samson explains how she thinks her audition convinced director Kriv Stenders to go against his original concept for the character by casting her.

She also details the work she put into portraying somebody with Dissociative Identity Disorder in What if it Works?, which she also had to fight for in her audition.