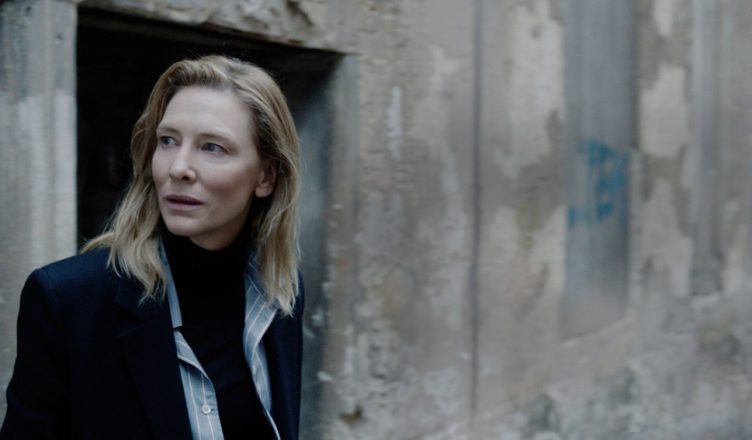 TÁR ** (158 minutes) M
The first 40 minutes or so of Tár should be enough to sweep away any lingering doubts anyone might still harbour about Cate Blanchett being a truly great actress.

As acclaimed conductor Lydia Tár, Blanchett radiates passion, intelligence and a love for teaching as she moves from a lengthy public interview, to a high-powered business lunch to a Julliard lecture hall where she tries hard to drill an enthusiasm for creativity into her students (filmed in a remarkable single shot).

The deep degree of conviction Blanchett brings to the character gives new meaning to tour de force acting, effortlessly hitting a new peak in a formidable career that has proved her to be one of the most intuitive, versatile and daring players on screen today.

Then gradually, after these compelling opening stanzas, the film slowly goes to pot. Sometimes a strong central performance is enough to pull a film through, yet Blanchett, terrific though she is, can’t keep Tár from sliding inexorably into the doldrums of mediocrity.

The basic thrust of the film’s story involves Lydia Tár being drawn into a crisis over favouritism and poor people skills, including her firing of a much-loved fellow conductor. Freshly minted enemies plant stories in the media and upload videos of her in class, edited to make her look bad.

If only the energy writer/director Todd Field (In the Bedroom; Little Children; Nick Nightingale from Eyes Wide Shut) generates early on didn’t dissipate so quickly, leaving the narrative to splutter and become episodic.

The milieu of Tár might be rarefied – conductors, composers, classical music – but the trouble with the film isn’t that it’s high-brow, it’s that it’s boring. Or, more accurately, it becomes boring after a tremendous sprint out of the gate.

There are nods to topical issues such as cancel culture, online smear campaigns and corporate conduct, but the film’s story fabric is threadbare. None of this is helped by Field weaving in a storyline about gender politics, probably the most pulverizingly dull subject on Earth right now.

And though it’s too early (and a tad unfair) to make a call on the film’s box-office performance before it is widely released internationally, indications from its play across the US (since 7 October 2022) are that Tár is struggling to connect with audiences, having taken a paltry $US7.2 million thus far.

If that trajectory continues it’ll be due largely to the present-day movie malady that sees audiences enduring a two-and-a-half-hour film only to leave with a distinct lack of satisfaction.

Oscar nomination note: After Cate Blanchett’s bizarre anti-awards acceptance speech at the Critics Choice awards last week, the hope is now that she goes on to win the Oscar for her turn in Tár just so we can all see what she’ll do at the podium.

Will Our Cate back up her fiery battle cry to the Hollywood Sisterhood to Smash the Patriarchy behind “the televised horse race” of award shows by denouncing the Oscars and refusing the award?

Or will she recite a list of thank yous and pretend nobody noticed?

Either way, it’s gonna be something.