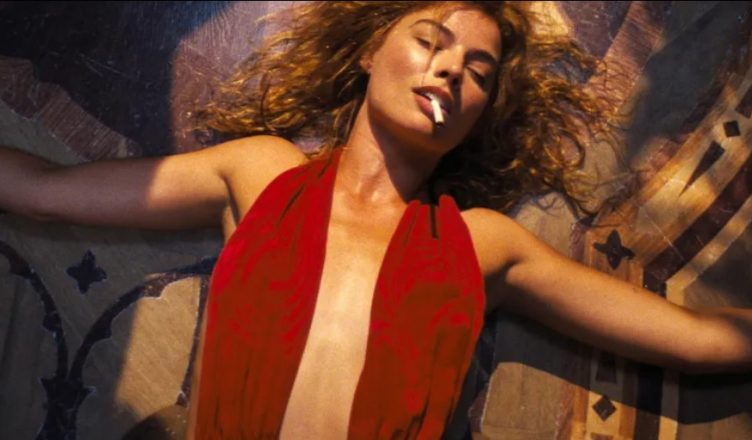 BABYLON ** (189 minutes) MA
There are some truly dazzling party scenes in the opening reel of Babylon, Damien Chazelle’s long-form love letter to that hallowed period in the 1920s when Hollywood films went from silent to sound.

The camera swoops through swirls of bacchanalian excess as a rich mix of celebrities, nobodies and wannabes dance, drink, do drugs to a thunderous swing band. There’s even a golden shower moment.

Before we get there, though, there’s a sequence about the transporting of an elephant to the party. While being pushed up a steep road in the burning sun, the elephant has a major bowel movement and relieves itself in graphic fashion. The camera is right up there. You see everything.

Why Chazelle (Whiplash) chose to open his expensive, overlong, ultimately disappointing ode to the movies with such a revolting explosion of pachyderm poop is hard to figure.

If it’s intended as some clever metaphor about the movie business or celebrity culture we’re about to see, it’s not clever enough. It’s an unnecessarily disgusting way to begin a film, and it’s a wonder why he left it in.

Set in the late 1920s at the time Al Jolson’s The Jazz Singer introduced the movie-obsessed public to sound, Babylon looks at the seismic change through three main characters: Nellie LaRoy (Margot Robbie), a newbie starlet whose hedonism fits right into her new showbiz milieu; Jack Conrad (Brad Pitt), a big star on the verge of peaking; and Manny Torres (Diego Calva), a Mexican-American dreamer eager to work as anything to get onto a film set.

To put it bluntly, Babylon is a prime example of an ambitious film where the whole winds up being less than the sum of its parts. It doesn’t hang together overall, but there are plenty of good bits in it.

The film boasts some impressive, large-scale set pieces as we see what it was like making movies in the silent era, with gigantic cameras, interior sets built outdoors (to get the best lighting) and armies of extras.

There are some excellent stand-alone sequences: the exchange between Conrad and gossip columnist Elinor St. John (Jean Smart); Nellie’s rise as a risqué pre-code star before appearing at a swish party sporting her refined image makeover; black musician Jovan Adepo as Sidney Palmer (Jovan Adepo) being made to apply burnt cork make up to darken his skin.

For the books is the exceptional, very funny segment where the toil of shooting a scene with sound is laid bare. We watch as the exacting demands of the clunky audio equipment hanging above the set has Nellie and the increasingly exasperated crew go through take after take after take. It’s great stuff, full of humour and insight.

If only the rest of the film had that spirit.

Unfortunately, the film feels like a terrific two-hour film crammed into three hours, the first of which is full of fits and starts. The direction is haphazard, toggling between wildness and tedium, resulting in characterizations that are thin and hard to care about.

Things only pick up once the threat of sound enters the picture, but that takes over an hour to get to, and you really feel that time with long scenes that run on the spot, doing too little to advance the story.

Sadly, the film stumbles into sheer pretentious waffle at the finish line with its “big statement” about the power of movies.

It references Singing in the Rain – the ultimate flm about Hollywood’s move to sound – as well as Woody Allen’s Hannah and Her Sisters and the Preston Sturges movie about movies, Sullivan’s Travels.

All fine. Films saluting other films to punch home a point can work wonderfully when done with taste and restraint. Yet Chazelle can’t help himself. With neither taste nor restraint, he lets loose with an indulgence that should only have been suitable for the deleted scenes menu on the DVD.

As we often sense these days, there seems to be nobody in the production process brave enough to speak up and simply say, “look, you just don’t need this.”

On top of Babylon’s Bazesque party scenes, the film’s superb, lush cinematography scrubs up the scale and luminous decadence of the time, so kudos to Linus Sandgren, who framed American Hustle, Joy, the Bond film No Time to Die and, for Chazelle, La La Land and First Man.

Despite its good segments, the sprawl and spurts of lethargy in Babylon don’t make for a worthwhile three-hour sit, especially in these days where filmmakers don’t give any thought to inserting an intermission into their epics.

As Alfred Hitchcock famously said: “The length of a film should be directly related to the endurance of the human bladder.” Or the first half, at least.

Widely reported has been the film’s box office splutter, its reported budget of $US160 million meaning it is highly unlikely to hit the quarter billion it needs to cover its cost.

To give the film its due, it’s quite possible Babylon will find its feet in the stream as the home environment will allow for rest breaks to make a coffee or hit the head. Perhaps it should be released as a “limited series”, with Chazelle revisiting the editing room to add and snip in the quest for a better film.