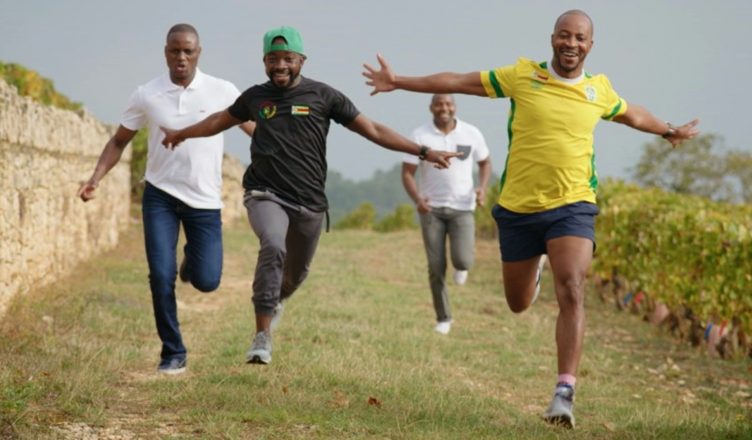 Eyes on the prize: Four refugees from Zimbabwe dream big in ‘Blind Ambition’.

BLIND AMBITION *** (96 minutes) M
Just as life can sometimes present you with “no win” situations, there are also, perhaps less frequently, “no lose” scenarios, eloquently articulated by Joe Pesci in 1980’s Raging Bull when he told Jake La Motta (Robert De Niro): “If you win, you win. If you lose, you still win.” (Any excuse to work a Scorsese film quote into a review.)

That’s the sweet spot four refugees from Zimbabwe find themselves in Blind Ambition as they become the first team representing their troubled country to take part in a major wine tasting event in Burgundy, France.

They are up against the world’s best sommeliers (a fancy word meaning wine experts) and remote though their odds of winning, or even placing, are the fact that they are there at all is the true victory.

The reaction to their mere presence at the Olympics-grade World Wine Blind Tasting Championships is full of praise, thanks and adulation for defying the odds, showing courage and living their dream in the face of extraordinary hardships.

It’s some bumpy road getting there, however; the film uses their interest in wine as an entry point to deeper themes about personal courage, integrity, the power of faith and the plight of refugees.

Keen to keep the focus positive and broad, directors Warwick Ross and Rob Coe (Red Obsession) frame the stories of Marlvin Gwese, Tinashe Nyamudoka, Pardon Taguzuof and Joseph Dhafana as an uplifting triumph of spirit fuelled by a passion for freedom, aptly symbolized by their love of wine.

Living in South Africa after surviving life under despot Robert Mugabe (who died in 2019), Blind Ambition explores their motivations, each man’s drive being anchored in a dual desire to embrace the new lives they have fought so hard for and to reconnect with home.

There’s a lot of humour and warmth in the telling as the quartet prepare for their big challenge, the film dividing its time between their compelling back stories and the refining of their skills in wine identification.

Hang tight for Denis Garret who they take on as their tasting coach for the big event. He is, to say the least, an oddball character whose value to the team becomes a matter of debate as you watch him interact with the guys on the road to the championship.

He’s quite a lad, and such a scene stealer the film leaves you hungry for more footage about Garret, a controversial, tempestuous middle-aged man for whom material possessions and marriage had to give way to his love for a good drop. One hopes the disk release will have plenty of bonus material on this peculiar personage.