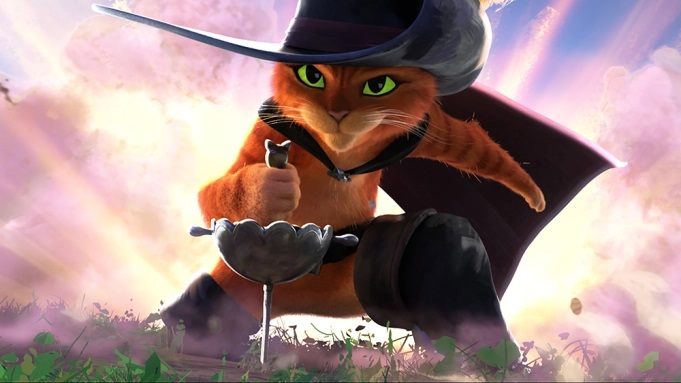 Ready for more: The voice of Antonio Banderas returns in ‘Puss in Boots: The Last Wish’.

In times of yore Boxing Day was traditionally held as the time when major blockbuster movie releases were unleashed into cineplexes. This not only provided people with a big buffet of films to choose from but also gave them a strong reason to get out of the house and so help their bodies digest the metric tons of food they’d consumed over Christmas.

There are still some goods films opening, but the usual Boxing Day blockbuster blitz has been nixed by the release of Avatar: The Way of Water, a film that has received a saturation marketing campaign of such intensity that even undiscovered tribes deep in the Amazon jungle have gone online to book tickets.

Thus, it would be bad business for a similarly mammoth tentpole film to try and find screens during Avatar 2’s bedsheet release (that being a film released so widely that if you hung up a bedsheet on the clothesline, the film would begin screening.)

Nonetheless, there are some choice post-Christmas offerings for those who might be a bit Avatared out.

The best family film is Puss in Boots: The Last Wish ***½ (102 minutes) PG, the boisterous, gag-laden, third film based on the adorably insolent, narcissistic, impeccably attired moggy from the Shrek franchise, voiced by Antonio Banderas.

In this loopy musical escapade, our self-obsessed, celebrity Puss has his ego put through the ringer as he and Kitty Softpaws (Salma Hayek) travel together across a surreal world where his character is continually challenged.

Stuffed with snappy one-liners and visual jokes, PIB3 has far more comic energy than you’d typically expect from a second sequel and has the good sense to work in some terrific action including, of course, some snazzy swordplay.

Another strong Boxing Day treat for the family is the utterly delightful Lyle, Lyle, Crocodile ***1/2 (106 minutes) PG, a rowdy, rambunctious live-action musical comedy about Lyle, a fully-grown crocodile living in the attic of a New York City house.

After the initial shock of being discovered, Lyle – voiced by Shawn Mendes and whose only means of communicating is by singing – is adopted by the family who have just moved in, with the son Josh (Winslow Fegley) being especially attached.

His parents (Constance Wu & Scoot McNairy) also warm to Lyle, after the initial panic usually associated with finding a fully grown saltwater crocodile standing on its hind legs secretly living in your attic. It probably doesn’t help that Lyle’s reaction to being discovered is to promptly give chase while growling angrily.

The wonderfully nutty premise (based on the 1965 children’s book by Bernard Waber) is enthusiastically disposed by directors Josh Gordon & Will Speck (Blades of Glory) who, along with the digitally rendered Lyle, elicit admirably zealous performances from the cast, especially Javier Bardem as Lyle’s exuberant manager Hector P. Valenti, whose juicy, over-the-top performance is arguably more animated than Lyle’s.

Along with being a finely honed slice of crowd-pleasing family entertainment, the film does make you ponder about how a pre-digital live-action version might have looked. (There was a TV adaptation in 1987 for HBO. Thank you, Wikipedia.)

No doubt it would have involved a person in a crocodile suit or an animatronic creation, or a mixture of both. But would the visuals have been as satisfactory or as convincing as the lithe and limber Lyle we get here? Probably not. It seems as though the film version of Lyle’s story was one waiting for the technology to evolve to the point where it could do justice to its whacky concept.

Set upon the chilly, windswept moors of Ireland in 1923, Colm (Brendan Gleeson) informs his buddy Pádraic (Colin Farrell) that they are no longer on speaking terms, chiefly because Pádraic speaks too much, forever yapping about trivial matters. Colm wants the solitude to compose music without the distraction of Pádraic’s piffle.

Like many others, Pádraic thinks it’s an elaborate gag, but when he challenges his former friend, he painfully discovers how serious Colm is, especially when he threatens to begin chopping off his own fingers each time Pádraic pipes up. It’s a rather expensive way to make a point, its resolute stupidity being one of the themes in the film.

It’s a hallmark of McDonagh’s skill that, for all the film’s mirth, nobody actually tells a joke or deliberately tries to be funny. The humour is all character-based and informs the film’s exploration of the nuances that has soured the jagged relationship between these two men.

Performances are as strong as the accents – don’t panic; you won’t need subtitles – and are thankfully understated. Farrell puts in one of his better turns and Gleeson, as usual, is superb.

In the captivating true-life tale of The Lost King ***1/2 (108 minutes) M we meet Philippa Langley (Sally Hawkins), a timid, overlooked, underappreciated office worker who channels her everyday frustrations – including those of a complicated divorce from her ex-h8usband John (Steve Coogan, who co-wrote the film with Jeff Pope) – into an all-consuming investigation searching for the truth about King Richard III.

Having seen the Shakespeare play she joins the local chapter of the Richard III fan club and becomes convinced that his widespread reputation as a disgraced scoundrel and usurper, as promoted by The Bard, is grievously wrong.

Her noble quest is strewn with obstacles, bureaucracy and credit-stealers, yet her admirable conviction and persistence prove that while she might technically be an amateur, her pursuit is far from amateurish.

Philippa’s crusade to rescue Richard’s reputation is also quite topical, tapping quite neatly into the rampant smear culture of today, and the general willingness of people to placidly accept what they’re told about somebody or something wholesale.

What is, perhaps, even more topical is how the realistic and relatable portrait of Philippa as a hero is in stark contrast to the cascade of superheroes bounding forth from every multiplex.

While those heroes are predicated on exceptionalism, The Lost King presents a real-life hero whose humility and ordinariness is at the very heart of her history-changing power.