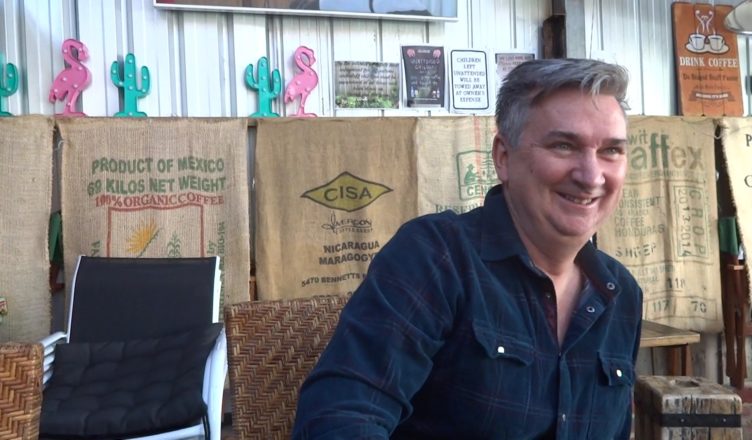 Ready at bat: prolific comedian Damian Callinan had a lot of adapting to do to turn his comedy show ‘The Merger’ into a film.

With a relentless work ethic, Damian Callinan has been a fixture on the Melbourne comedy scene for two decades. A universally respected live act, he tours relentlessly.

Callinan created The Merger as a stage work after being commissioned by Regional Arts Victoria and Vic Health, the brief being to address the problem regional towns were encountering with xenophobia and racism.

The piece proved extremely popular once he began performing the one-man show in 2010, a common response to the play being that it would make a great film.

Adapting the play into a film proved a tough task, though Callinan says it has whetted his appetite to do more screenplays.

A week after the release of The Merger, Callinan was kind enough to carve some time out of his busy schedule to sit down and talk about the making of The Merger, and other things.