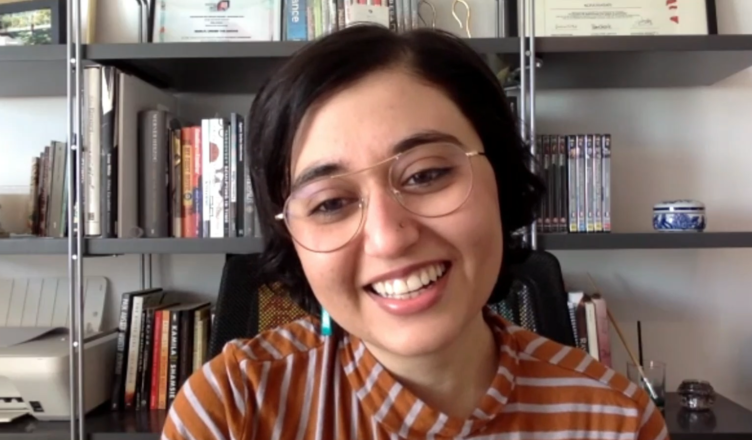 “Frankly, I think there’s a lot of untold stories from women, especially women of colour, that are very much buried in shame because they haven’t had the chance to be understood.”

In this profile interview Melbourne writer/director/producer Noora Niasari discusses her remarkable 12-minute film Tâm, which is composed of a single shot.

Filmed in one day and requiring 13 takes, Tâm is made with extraordinary performances and technical precision, delivering several powerful punches as it confronts a range of contemporary hot-button issues.

It’s a revealing conversation that offers a snapshot of Noora Niasari as an emerging filmmaker with formidable potential. If her recent works are any guide, she’s on her way to a brilliant career. So here’s hoping she doesn’t get seduced by Hollywood too quickly.

Here she speaks via Zoom about the making of Tâm, its themes, her love of cinema and how hard it is to shoot long takes in a small, crammed hotel room. (Cinematographer Sherwin Akbarzadeh is mentioned by title in the interview.),

For more about Noora Niasari, including links to some earlier films, check out her website: https://nooraniasari.com/