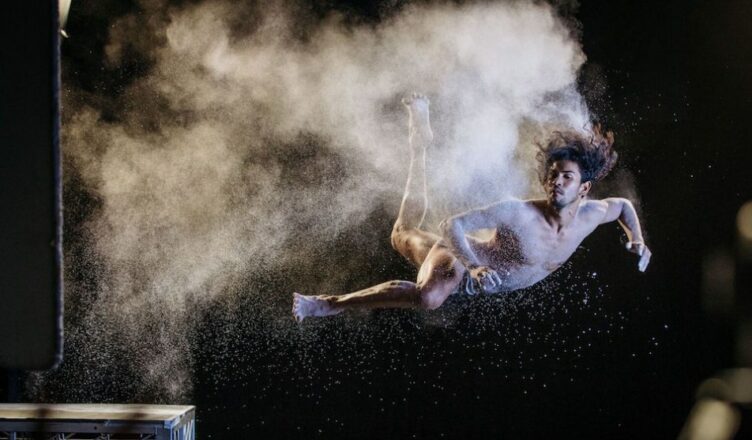 Spirit of dance: The highs and lows of the seminal indigenous dance troupe are chronicled in ‘Firestarter: The Story of Bangarra’.

FIRESTARTER: THE STORY OF BANGARRA ***1/2 (100 minutes) M
A bittersweet blend of celebration and sadness sits at the heart of Wayne Blair and Nel Minchin’s excellent career debrief looking at the genesis, inspiration, survival, struggles and critical pre-history of the seminal Sydney-based indigenous dance theatre company.

Central to the account are the lives of Page brothers David, Stephen and Russell, three outlandish and outspoken show ponies who came to form the artistic backbone of Bangarra.

Extroverts to a fault, they had the presence of mind to take lots of spirited home movies. These joyous images are part of a remarkable reel of archival material that graces the film as it recounts their roles at Bangarra and the toxic racial culture that spawned the company.

Skillfully embedded with the Bangarra story is the historical context that made the troupe necessary. Special emphasis is given to the rise of the indigenous civil rights movement, the 1967 referendum and the shifting sands of Australian mainstream society that signaled the need for indigenous identity to be asserted through cultural expression.

Those old enough to live through the 1988 Bicentennial will most likely cringe at the jingoistic ads chanting “celebration of a nation” and the holdout by the Howard government over the “sorry” issue.

Tactfully, respectfully and with piercing honesty, the untimely loss of David and Russell is covered in just enough soul-crushing detail.

The raw admission from Stephen, the company’s artistic director, of the deleterious impact on him subtly stresses how such heart-rending tragedies take both the person who was and the person who could have been.

It’s a devastating segment. Still, Firestarter refuses to become maudlin, its aim being to illuminate and inspire, accurately reflecting the spirit of Bangarra itself.

That is the film’s defining achievement.

In case you’re interested: In 2015 Bangarra made its first feature film Spear, directed by Stephen Page. John Harvey was producer on that film and sat down for a chat about Spear, along with a smattering of other topics. Here is the 2015 interview: