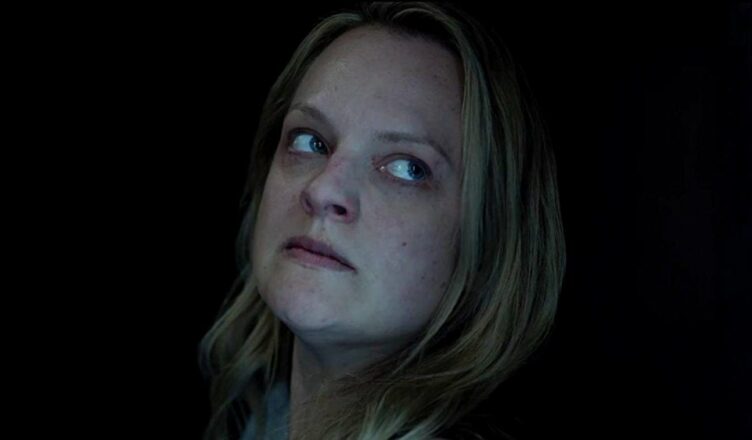 Nothing to see here: Elisabeth Moss plays a woman stalked by an unseen figure in ‘The Invisible Man’.

THE INVISIBLE MAN ***1/2 (124 minutes) MA
It’s some testament to the imaginative genius of pioneering sci-fi author HG Wells that his 1897 novel about a bloke nobody could see is still spawning films, with this latest effort clocking in as a chilling, stylish update.

Written and directed with a cool eye and a love of old-school spookery by Melbourne-born director Leigh Whannell (Saw; Insidious: Chapter 3; Upgrade), The Invisible Man offers a thoroughly modern makeover of Wells’ idea, with everything geared to generate armrest-clutching moments of suspense and to deliver a fistful of high-voltage shocks designed to jolt you in your seat – and possibly out of it.

Set present day, the deceptively straightforward premise involves a woman escaping from the clutches of her husband scientist.

In a terrific, tone-setting opening sequence that happens in the dead of night in near-silence, Cecilia Kass (Elisabeth Moss from Mad Men, The Handmaid’s Tale & Top of the Lake) takes flight from her designer home and, with the aid of her sister, only just manages to steal away.

Her safety seems assured when the shock news breaks of her husband’s suicide. He’s meant to be dead and gone, yet Cecilia senses a disturbing presence hovering near her. At first it’s nothing definitive, but her odd behaviour is just enough to make it seem to any casual observer that she’s slowly going a little crazy.

In one genuinely frightening scene the unsettling feeling that she’s being stalked by a ghost is confirmed. It’s a singularly shocking moment, one of many Whannell deftly engineers throughout the film.

Moss, who has been choosing her post-Mad Men projects with admirable discretion, is very good here as she not only does battle with a foe she can’t see, but tries convincing people she’s not nuts.

Whannell wisely adopts a minimalist approach to the film’s look, including his use of some exceptional visual effects that are deployed sparingly and with great impact.

One quibble: for all its craft, the film does sport a rather sizeable plot hole, which is quickly papered over. While some people might not spot it, those plot pedants who do will hopefully be too caught up in the film’s suspense and menacing atmosphere to let it bother them too much.