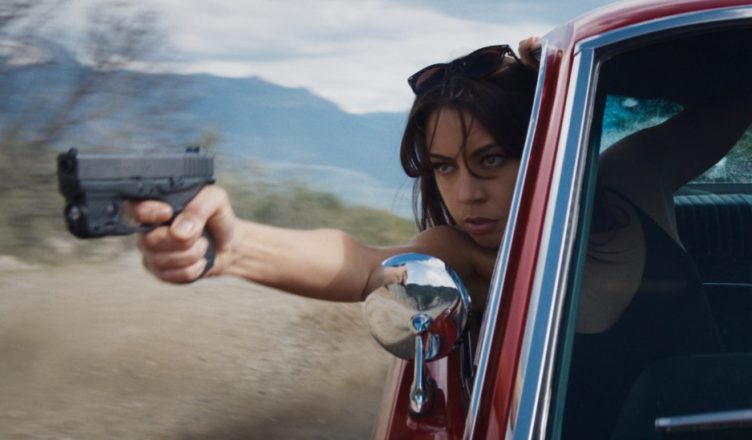 OPERATION FORTUNE: RUSE DE GUERRE ** (114 minutes) M
In the wake of his two previous triumphs Wrath of Man and The Gentlemen, Guy Ritchie’s northern hemisphere-hopping blam-blam action crimedy Operation Fortune hits us as a surprisingly half-hearted affair, unspooling like a lacklustre Mission Impossible knock off. Not even Ritchie regular Jason Statham seems all that interested in the proceedings.

The serviceable plot involves a team of secret agents lead by a reluctant Orson Fortune (Statham) who are tasked by the British government to retrieve a mysterious item that is on sale for ten billion dollars by Cockney criminal entrepreneur Greg Simmonds (Hugh Grant).

Their way into his world involves blackmailing his favourite Hollywood film star Danny Francesco (Josh Hartnett) to befriend Simmonds, with Fortune posing as his manager and the team’s sultry tech expert Sarah Fidel (Aubrey Plaza, aka April from Parks and Recreation) as his girlfriend.

It’s a curious crimedy misfire given how all the ingredients appear to be in place. Plaza is a pleasant presence and Grant’s cheesy turn is fun, but Ritchie’s oddly stiff direction can’t rouse the signature gangster humour we saw in Snatch, Lock, Stock and Two Smoking Barrels or even RocknRolla.

As for Statham, his tough-guy schtick lacks wit or charm. The ease with which he dispatches bad guys and survives fights without copping a scratch becomes a tad ittitating. Not even the fancy game-inspired POV camera angles during gun battles can make up for Statham’s stony-faced, sleepwalking performance.

Clearly wishing it was more fun than it actually is, Operation Fortune has a spiritless, rote feel to it, as though churned out under contractual obligation and driven by an overriding desire to just get the thing over and done with.