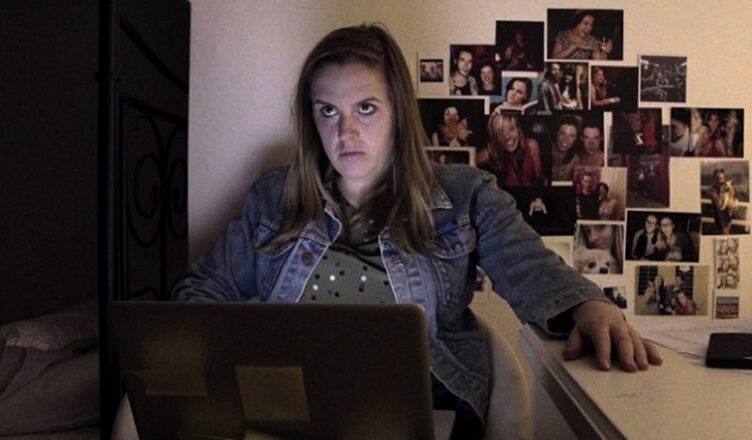 Looking for something: An aimless writer searches for stability in the comedy ‘Hot Mess’.

HOT MESS **** (76 minutes) MA
In one of the most aptly named comedies since Dude, Where’s My Car?, Sydney writer/director Lucy Coleman serves up a caustically witty, bitter-sweet, funny-sad case study of a Millennial woman going through a quarter-life crisis so intense it would make a therapist scream for bottle of vodka and a straw.

At the sweet age of 25, Loz (Sarah Gaul) is lost. She appears to be a reasonably intelligent young woman yet seems incapable of making sensible decisions.

It’s a point well made in a heated argument Loz has with her loving, level-headed mother (Zoe Carides) who is frustrated over her daughter’s lack of direction and common sense. Even her best friend Rachel (Kendra Murphy) hits boiling point.

And it’s easy to understand how they feel. Loz would test anyone’s patience.

Having dropped out of a commerce degree Loz works as a cleaner to keep herself financially afloat so she can pursue her dream of being a writer, something she actually has some chance of realizing.

She’s in line to land a career-igniting residency at a local youth theatre and the artistic director Greg (Terry Serio) is as encouraging as any creative person would want. Still, Loz refuses to complete the play that has made her a favourite for the position.

Instead, she’s pouring all her creative energies into a musical about menstruation that she knows won’t play to the theatre’s key audience. It’s blocking her opportunity to advance, yet she holds to it with a rationale that truly defies self-interest.

One issue at the core of her troubles is romance, or the lack of it. Loz is a party girl who, with her friend Gen (Julia Robertson), has spent plenty of time getting wasted and engaging in one-off sexual conquests, referred to rather poetically in the film as “root and boot” encounters.

Having registered the emptiness of that routine, she now yearns for a proper partner who she thinks she finds in Dave (Marshall Campbell), an affable, attractive working-class lad. More than anything she wants him to be the one.

If only she wasn’t stricken by indecision, social awkwardness and a degree of desperation that at one point crosses the line from comedy to real pathos. Try as she does she can’t seem to shake being a catastrophic cocktail of insecurities.

Australian cinema does not have a good record with comedy, so Hot Mess hits like blessed relief. The film breathes with a vibrant comic verve, a strong, character-driven story and a raft of fluid, naturalistic performances disgorging cascades of richly nuanced dialogue that flow with the authenticity of overheard conversations.

There is some top-shelf ensemble work in Hot Mess, all sparked off by a magnetic portrayal from Sarah Gaul. We often feel that Loz is a pathetic loser whose losing streak is self-imposed, yet Gaul imbues her with a sense of genuine confusion that rouses empathy, if not outright sympathy. The performance is soulful and touching, made all the more admirable for being Gaul’s first role in a feature.

Indeed, it’s genuinely surprising to discover that Hot Mess is director Lucy Coleman’s debut feature film. The film’s tone seamlessly weaves from comedy to drama, and while the narrative is crammed with awkward scenes – the highlight being the drinking party at Dave’s house – the direction is anything but. The pungent potpourri of conflicting emotions that rule Loz’s life are continually pulled into sharp focus with an impressive sureness of touch.

Hot Mess could easily be read as a scorching critique of Millennials, reflecting the roster of generational gripes readily recited by Boomers – namely that twentysomethings are lazy, indecisive, lack application, are allergic to hard work and can’t stand criticism.

We certainly see these attributes in Loz, yet while it’s tempting to regard her as emblematic of her generation she is, ultimately, just a confused, unsettled individual trying to make it in the world. It’s a theme Coleman subtly signals as we watch Loz struggling to negotiate her bicycle through back streets and up slight inclines.

Based in Sydney, Lucy Coleman made Hot Mess in 2016 on a tiny budget with a group of actors and comedians who were committed to an extended rehearsal process.

The only other main credit to Coleman’s CV is On the Fringe, a very funny six-part web series (starring Jacinta Gregory and Sarah Gaul) set in a comedy club.

On the occasion of Hot Mess being picked up by streaming behemoth Netflix, Lucy Coleman was gracious enough to front up via Zoom to talk about the film, which she says is heavily based on her own painful experiences.

There is some salty language deployed, so be duly warned.

For Lucy Coleman’s web series On The Fringe: