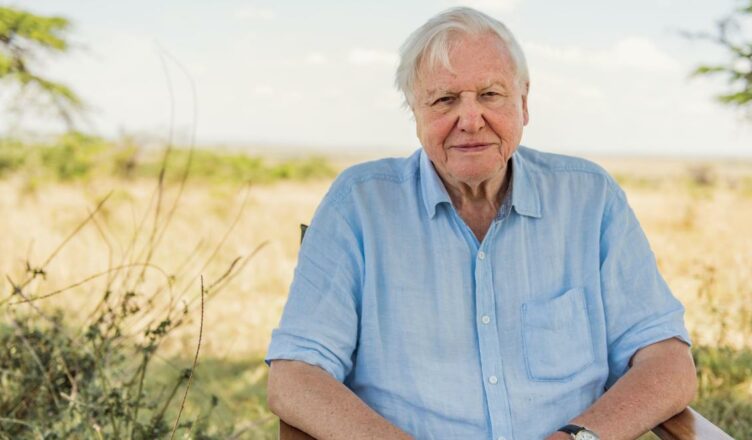 Saving the world: Veteran environmentalist Sir David Attenborough pleas for the Earth in ‘A Life on Our Planet’.

DAVID ATTENBOROUGH: A LIFE ON OUR PLANET *1/2 (83 minutes) PG
Having spent most of his life as a public educator bringing the wonders of the natural world into the homes of millions, the universally beloved Sir David Attenborough, now 93, here presents as a dispirited prophet of impending doom, issuing a warning about our deteriorating world and what a mess we’ve made of it.

The value of Attenborough’s TV documentaries has been incalculable both as entertainment and in making people appreciate nature.

Life on Earth. The Trials of Life. Life in the Freezer. The Life of Birds. The First Eden. The Blue Planet. Life in the Undergrowth. Planet Earth. The Private Life of Plants. Sir David Attenborough has made many fine documentaries.

This is not one of them.

In what sounds like a sad confession, Attenborough realizes now how much of his youthful globe-trotting was conducted in blissful ignorance of the damage humans were inflicting on the Earth’s fragile biodiversity, which is essential for sustaining life. Sounds like great fodder for a powerful documentary.

Yet the film is little more than a wet activist manifesto set to a compilation of stock footage. Its heart is in the right place, sure, but the treacly treatment of its subject sees one of the great father figures of the environment disgorge a compendium of motherhood statements that border on condescending.

Employing highly emotional music and editing, Attenborough walks us through reels of archival footage as he outlines the woes of the world, all of which started when humans worked out what the seasons were and began farming.

It’s a melodramatic, often mawkish presentation featuring hunted whales, bleached coral, depleted rainforests and, of course, giant shards of ice falling off icebergs. Presumably you’re not allowed to illustrate a point about global warming and our shrinking icecaps without using this vision.

Punctuating all this are contemplative shots of Attenborough looking like one sad old dude, his chin resting in his hand, his worried, nonagenarian visage super-imposed next to himself as an enthusiastic young TV naturalist.

Exploding population; rising carbon levels; dying oceans; slaughtered habitats – what are we to do in the face of humankind’s vandalism?

We must “rewild the world”, Attenborough proclaims, and it’s only here, after about an hour of tedious repetition, that things finally spark up as he hurriedly outlines solutions to the predicament.

Let us embrace renewable energy sources and follow the good example of countries that have gotten their gluttony under control. It all sounds enticing. So why didn’t it get much more focus?

A pioneer in using the medium to connect people to the natural world, Attenborough is acutely aware of its power to motivate, citing how footage of whale hunting enraged people and resulted in a worldwide movement that curbed the killing.

Yet the film, presented as his “witness statement”, is a surprisingly limp, sub-par call to action.

Complaining about how humans knocked nature off-balance, the film itself is off-balance, with too much mournful reflection on our ruined earth and not enough about the viable repair options, which would create a global future far brighter than the worst-case scenario he outlines with a heavy heart.

Apart from a visit to the abandoned city of Chernobyl – where 50,000 people quickly vacated after the 1986 nuclear reactor explosion – Attenborough narrates stock footage from a studio chair. It just adds to the feeling that this thing was just slapped together.