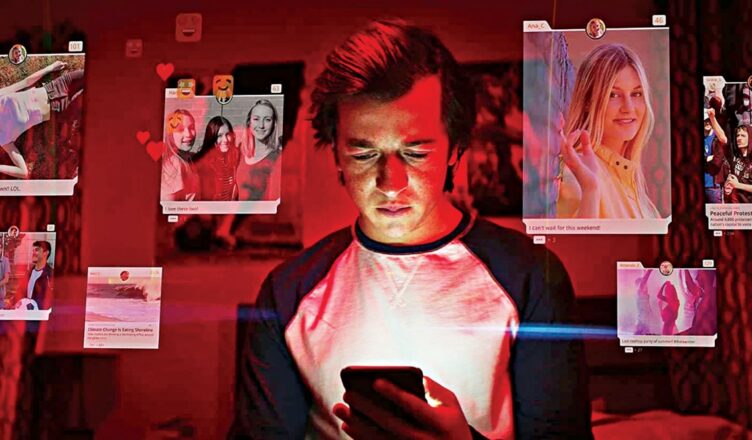 Screen addict: The downside of digital culture is explored in in ‘The Social Dilemma’.

THE SOCIAL DILEMMA **1/2 (94 minutes) M
As far as providing an authoritative run-through about the demon seed of social media, The Social Dilemma does a reasonably good, comprehensive job, with lots of facts and figures, graphs and quotable quotes from people who have worked inside the beast.

When it comes to forging a new type of documentary form, however – not so much.

And, yikes, do they have a lot to unload. Given how some were responsible for creating the digital monsters that have long since invaded everyday life, there’s a sense of confession as they explain how good intentions often morphed into something else.

One of the film’s most unsettling hammering points involves the manipulative strategies employed by Big Data designed to imperceptibly alter human behaviour.

The crux to social media is social conditioning, they articulate in detail, explaining how systems curate data so that people become addicted to the dopamine rush of receiving online approval.

Thus their attention is monopolized, their interests tracked, their searches analyzed for the purpose of turning citizens into consumers who advertisers can target with an unprecedented degree of precision.

Cold marketing on a cosmic scale is one thing, but the human cost of getting people hooked to their devices is the film’s primary concern.

As is common knowledge, young people, especially girls, can become super-vulnerable to negative comments. In one of the film’s most chilling segments, a graph illustrates how incidents of self harm have risen in the past few years.

It’s a fine, timely documentary with a cautionary brief. The one big sour point, however, is how it illustrates its points about the addictive nature of social media with a clunky mini-drama about a family with teenage kids who can’t look away from their screens.

Noble as the attempt might have been to add a little novelty to the film, the gimmick doesn’t work at all and could have easily have been cut out without losing a thing.

The Social Dilemma is on Netflix.