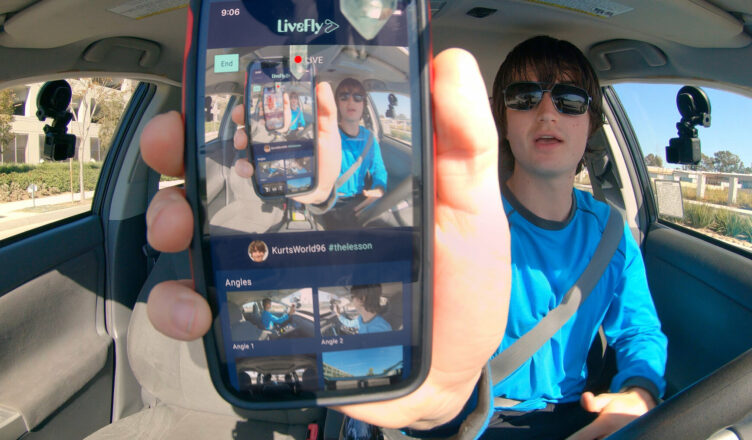 SPREE **** (93 minutes) MA
That narcissistic hunger for attention, fame and legions of followers stoked by the ego-centric nature of social media comes in for a comprehensive blow-torching in Spree, an inventive, innovative, unpredictable black comedy that slices straight to the heart of online culture.

Social media has already served the horror-thriller genre well with such fine films as Unfriended and Searching, but Spree takes it up a notch or two with its slick, savvy combination of dark humour, social commentary and plenty of carnage.

Like everybody else in his world, Kurt Kunkle (Joe Keery from Stranger Things) wants to be insta-famous. He pours his heart and soul into his platform Kurt’s World but is frustrated that nothing seems to take and furious that others get huge audiences for content he considers vastly inferior to his.

Driven by envy and determined beyond measure to join the hallowed ranks of the Internet Famous, Kurt strikes upon what he is convinced is a brilliant concept that is bound to go viral.

He becomes a driver for a ride-share outfit called Spree and fits out his car with action cams pointing in every conceivable direction. He then picks up passengers through the app and, after an amiable, getting-to-know you chat, dispatches them live, all for the sake of getting those eyeballs.

What could possibly be more compelling? Well, turns out almost everything else, Kurt painfully discovers as he sees his online engagements barely move. Rather than give up on his quest, he simply indulges in more extreme behaviour, including an obsession with local comedian Jessie Adams (Sasheer Zamata) and her huge online following, which he dearly wants to usurp.

Visually, Spree boasts an ingenious concoction of formats. Aptly, the story is told almost entirely in real time and from Kurt’s point-of-view. All the action is captured via cameras that have a real-world source, such as CCTV, computer webcams, YouTube, security cams, phones and such like. Heightened though the film obviously is, the jagged style lends the events an unsettling authenticity and immediacy.

Even the frame ratio keeps jumping about, with multiple devices often being displayed on screen at the same time, offering several angles of the same event.

Director Eugene Kotlyarenko, who co-wrote the film with Gene McHugh, keeps the mayhem moving at a cracking pace, filling Kurt’s journey with twists and turns that, to the film’s great credit, are wholly unpredictable. That might be due to the fact that this new-fashioned type of horror-thriller is still freshly hatched and has yet to develop its own set of tropes. Here’s hoping it never does.

As a commentary, the film bites into a whole range of issues including fake news, online credibility, instant celebrity and the overriding obsession with attention.

Fleeting though it is, the film also passes judgment on its own premise; it might sound sick as all heck, yet it’s not nearly as sick as the reality it draws upon where people livestream the most vile acts imaginable. Though the New Zealand mosque massacres immediately spring to mind, the filmmakers had the good taste not to reference any real-life online atrocity.

The huge ensemble assembled here is headlined by Keery, whose magnetic, hyper-caffeinated performance is as unnerving as it is convincing. Looking like an everyday nerd, he channels the evil ability of social media to infect people with the thirst for fame and followers, an affliction that tends to leave a gaping hole their psyche once occupied by basic humanity.

It’s a terrifically energetic performance that easily earns his place in the pantheon of 21st-Century movie psychos.

SIDE NOTE: Really old people – meaning those who first saw Star Wars in the cinema – might recall Virtuosity, a 1995 film by Brett Leonard (The Lawnmower Man) with Denzel Washington and Russell Crowe.

It sported a vaguely similar premise to Spree involving an AI program (played by Crowe) that becomes addicted to its blood-thirsty online audience. Not a great film but, given how it was made in the pre-Google days of the nascent internet, it deserves kudos for its prescience.

There was also a fab reality-TV satire from 2001 called Series 7: The Contenders, where a group of randomly selected people are given weapons and tasked to kill each other. And, of course, there is the eternal 1987 Arnold Schwarzenegger satire The Running Man, based on the Stephen King story, that played on the notion that TV is all about giving people what they want. Both terrific films.

Spree is screening at The Ritz Randwick, Dendy Canberra, Dendy Newtown and Golden Age Cinema in Sydney. It’ll be available as PVOD on Foxtel and Fetch; from 25 November Spree will be on iTunes, Youtube Movies, Fetch, Microsoft Store & Google Play.