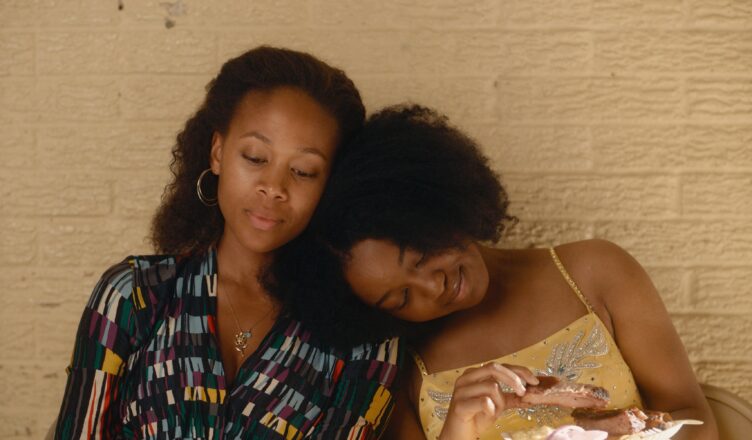 MISS JUNETEENTH ***1/2 103 minutes) M
We all know about stage mums, that breed of mothers who push their daughters into competitions and performance careers hoping their success with somehow heal the insecurities and failures in their own lives.

Well, writer/director Channing Godfrey Peoples serves up a beauty in Miss Juneteenth, a heart-tearing, understated drama where disappointment, broken dreams and damaged lives are all kept from tipping into the abyss by the resilience of hope.

Living a life as a financially strapped waitress one hair’s breadth above the poverty line, Turquoise Jones (Nicole Beharie) is desperate for her daughter Kai (Alexis Chikaeze) to enter the local Miss Juneteenth pageant, which takes its name from the 19 June holiday commemorating the freedom of slaves in America.

The contest’s proud history has sent its victors to college on scholarships, allowing them to have illustrious careers that reflected well on their proud African-American community.

That didn’t happen to Turquiose. Early motherhood kept her from college and her pageant victory has become an albatross around her neck. She has made a complete mess of her life, picking the wrong men and unable to build any sort of professional life.

While other winners thrive, she is already a has-been, a walking emblem of wasted potential. Life for her is a constant embarrassment, something we feel at every turn as people jibe her, remarking on the kind of life she could have had.

So Turquoise invests everything she has, and a lot of what she hasn’t – namely money – into her daughter’s entry even though Kai is reluctant. She’s fully aware of what the pageant means to her mother and isn’t crazy about buying into it.

There isn’t even any relief in Turquoise’s personal life. Her financial stresses are as acute as her man trouble, thanks to life choices that border on idiotic.

She maintains a sexual relationship with Kai’s deadbeat dad Ronnie (Kendrick Sampson) while spurning the advances of Wayman (Marcus Mauldin), a decent guy who runs the successful funeral house where Turquioise works part time. People remark on her dreadful choice in men and she can’t really argue.

Set in Texas, Miss Juneteenth is a vivid portrait of desperation and defiant pride as Turquiose strains to maintain some hope in the shambles that has become her life. Charged as the story’s emotions are, the film never slips into melodrama, thanks largely to the authentic, grounded performances Peoples elicits from her no-name cast.

Beharie is especially potent as the beleaguered mother whose instinctive strength has to withstand a hailstorm of misfortune and bad luck before having to confront some hard-bitten truths in her search for a way out of her rut.

It might well be unintentional, but as well as being a fine drama Miss Juneteenth also serves as a sobering backhander to the present agenda-driven issue about diversity in films.

Featuring an all African-American the film makes some salient points about the role of race in their lives, especially when it comes to dealing with banks. Thankfully, however, it’s not the focus. There is no tub-thumping here. Only people.

Everything is framed by Turquiose’s experiences as she tries coping with this stressful episode of her life, a moving story replete with well-woven universal themes about pride, love, choice, lost opportunity and inner renewal.

It’s a prime demonstration of that age-old story-telling value, of how we seek the human connection with the characters before us.

It’s that quality that trumps all else, and it’s all that has ever, or will ever, matter when it comes to story, whether on screen, stage or page.

Miss Juneteenth is now showing in cinemas all over Australia, excepting Victoria.