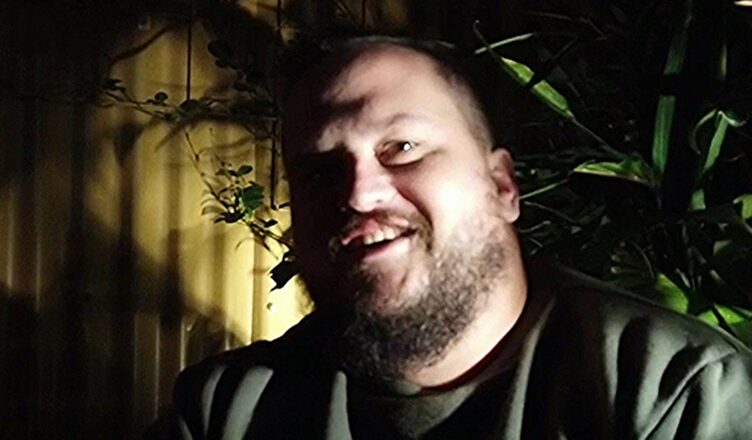 “I don’t think we, as performers, tell people what to think. But we do point a finger at things in society so that they’ll start to think.”

It was a dark and windy night and out in the wilds of North Fitzroy the Motley Bauhaus art studio was playing host in its tiny theatre space to the first Festival show from Kiwi comic Jamie Patterson. (He was meant to debut Awokening at last year’s Festival but, you know, COVID. The cancellation cost him thousands.)

Even for such a compact venue (25 seats, give or take) Jamie was playing to a near-empty room of five punters – and only four had paid for admission.

History records how Jerry Lewis once fell victim to somebody’s poor planning and found himself having to perform to about 50 people seated in a cavernous venue he expected would be packed. He was miffed, but he went out and did his job.

So too, Jamie Patterson gallantly stepped before his small but appreciative audience and did what he was supposed to: he delivered.

Admittedly, it was uphill work. It’s tough doing crowd-work with a crowd that’s barely there, who could easily fit into a broom closet and have room for guests.

Still, he got on with it with proverbial aplomb, gagging congenially about their jobs, relationships and places of origin, with Albury coming in for some friendly jibing.

Give a comedian a big venue packed with punters – a scenario familiar to Jamie back home – and the energy can be self-generating once the talent gets the flywheel of laughter going.

Playing a small room is far more demanding and far less forgiving. Keeping the energy up is a lot like spinning plates, requiring constant attention and close monitoring, because losing just one person can cost you 25% of your audience.

But Jamie pulled through and the gathering enjoyed. Lesser talents would have been intimidated or dispirited by playing to almost nobody. If Jamie was either it didn’t show. He did his job like a pro.

Earlier in the evening Jamie was kind enough to grant a sit in the deserted, atmospherically lit courtyard at the back of the very friendly Monty’s Bar.

Over a beer and a cigarette Jamie expounded on his take on comedy, its purpose and his hopes for a better world, as well as for a better Jamie Patterson.