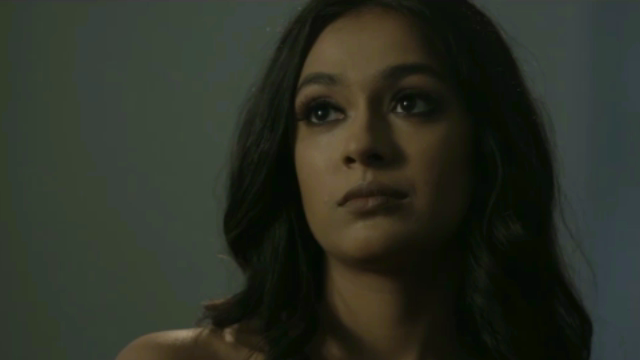 Message from above: A photogenic pan-dimensional being dispenses life lessons to a troubled man in ‘The Bestowal’.

THE BESTOWAL **1/2 (90 minutes) 13+
Of all the tough nuts to crack in cinema, one of the hardest must be the film composed entirely of a one-on-one conversation that takes place in one location.

There aren’t too many of them, and for good reason. It’s hard to sustain interest for that long without cutting to something, or changing location, or introducing a third participant.

We all automatically think of Louis Malle’s 1981 classic My Dinner With Andre and, with a bit of effort, recall Richard Linklater’s Tape (2001), though that had a third party enter in the third act.

Linklater’s Sunset trilogy – Before Sunrise (1995) Before Sunset (2004), and Before Midnight (2013) – were also essentially two-handers between Julie Delpy and Ethan Hawke, though their conversations moved through numerous locations as the camera tracked with them.

In a daring move, writer/director Andrew de Burgh decided to face down the two-hander beast with his debut feature The Bestowal, in which two characters talk non-stop (more or less) for 90 minutes across a lifetime in three rooms. Talk about a filmmaker setting the bar high for himself.

And in this case it seems a bit too high. The film covers a lot of ground and has some engaging content, but it struggles to overcome the inherent inertia of its one-on-one format.

The set-up is interesting enough.

A thriving businessman with all the material signs of secular success, Karius has reached a personal crisis point. Not only has his wealth not brought him happiness, it has highlighted how empty his selfish life has become.

So hollow is his soul that he sees no point in carrying on. He plans to end it all rather prosaically by doing himself in with a pistol in his home. No theatrics for this sad sack. He wants out with no ceremony. He’s not even going to leave a decent suicide note.

But at the moment of truth his trigger finger is stayed by the appearance of an exceptionally pulchritudinous woman (Sharmita Bhattacharya) wearing a blue gown and a reassuring expression.

She is not an actual woman, as it turns out, but a time-travelling pan-dimensional being who has decided to come visit this wretch at his lowest point.

A long, life-spanning conversation ensues between the two that covers all of those questions that follow on after asking the Big One, namely: What’s It All About? 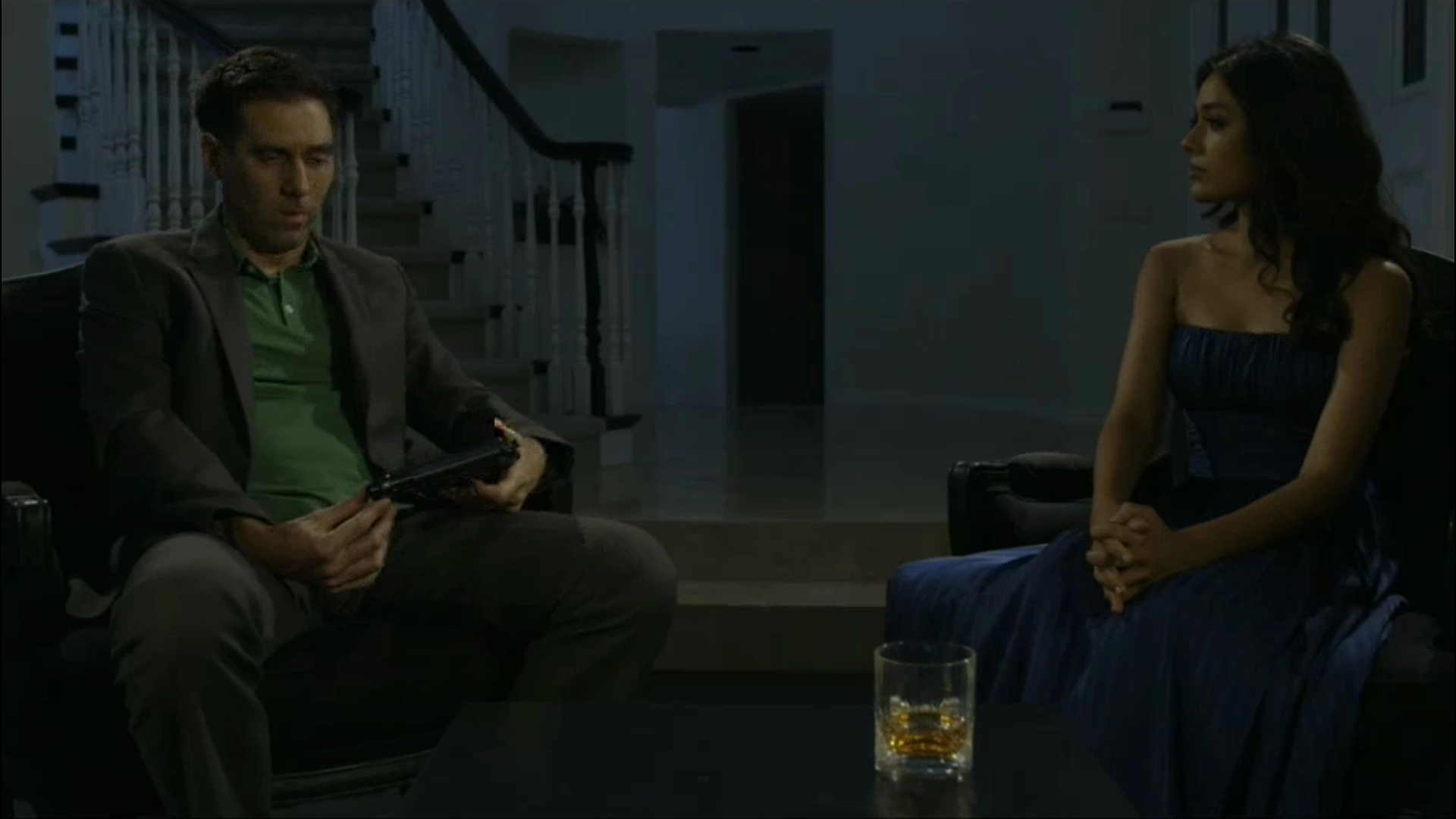 Conversation piece: A man on the edge meets a being from another world in ‘The Bestowal’.

Drawing a lot, though not exclusively, from Christian and Buddhist principles on how to be a better person, the discussions unpack the values that make life worth living and, in this case, not worth living.

What is the meaning of wealth, love, ego, charity and success? Are we here to help ourselves or help others? And what comes after life?

There are some strong moments when the two exchange some interesting chatter about philosophical and spiritual matters, with Brittan and Bhattacharya chewing through reams of dialogue with an appreciable level of feeling.

Yet the film can’t rise beyond its Frost/Nixon interview style, with the camera too happy to stick to the TV talk show format.

In all The Bestowal is a bold, idea-driven arthouse conversation piece, bolstered by two committed performances but weighed down with relentlessly heavy subject matter and unadventurous cinematography.

After all, when discussing the meaning of life and all that entails, wouldn’t there be some space for a little humour here or there?

The Bestowal is available on Amazon Prime.

Writer/director Andrew de Burgh was kind enough to take some time out from his latest film production in Los Angeles to discuss The Bestowal and what life is like for an independent American filmmaker.