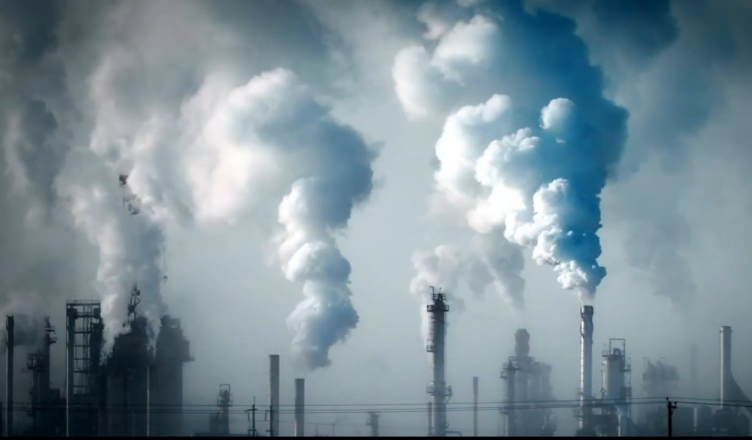 Hazy days: The dowside of carbon is explored in ‘Carbon: The Unauthorized Biography’.

CARBON: THE UNAUTHORISED BIOGRAPHY ** (89 minutes) G
Due credit has never been paid by environmentalists to Persis Khambatta, who in 1979’s Star Trek: The Motion Picture told us how humans are essentially “carbon-based life-forms”. Thank you, Persis.

We are again reminded of that salient fact in Carbon: The Unauthorized Biography, a polished, sweet-natured activist documentary designed to win your favour in the quest for a wholesale move from fossil fuels to renewable energy.

Building its case by going back to science-class basics and giving the carbon atom a mellifluous first-person voice (courtesy of Sarah Snook), we are lead on a fairly informative journey through evolution to that monumental point, just a few years back, when the interaction between humans and carbon got serious, for good and for not-so-good.

Heavily sprinkled with some very nice animated touches, the film cogently shows how the Industrial Revolution threw off balance the delicately poised relationship between humans and our need for the energy gifted to us by carbon.

With the world becoming ever more polluted and damaged by the climate-altering influence of the greenhouse effect, the film gently articulates how restoring some semblance of balance is a global priority.

A noble point, to be sure, yet that’s when the film steps into highly contentious territory, casting the evils of fossil fuels against the cleansing aura of renewable energy, with solar and wind power at the forefront.

It’s here the film trips over a series of snags, the chief one being a comprehensive side-stepping of the social, financial and political issues embedded in energy policy.

The more emotional the film gets about its cause and the world’s need to go green, the less effective it becomes to everybody other than those predisposed to the film’s agenda. It’s the old preaching-to-the-converted tripwire.

It’s not that the message being pushed isn’t urgent or critically important, yet the realities of energy policy are complex, with the defense of fossil fuels deserving more scrutiny than the blithe dismissal handed out here.

A stronger argument that relied more on fact and less on the feel-good factor would have served the film’s purposes much better.

It’s also a tad ironic that while balance is what the film is advocating, it’s the one thing lacking in its presentation. Everyone knows there’s another side to the carbon story that’s worth hearing about, even if it’s to expose fallacies.

Carbon: The Unauthorized Biography is in limited national release. For those wanting to know more, the film has a very attractive, well-designed website. Check it out.