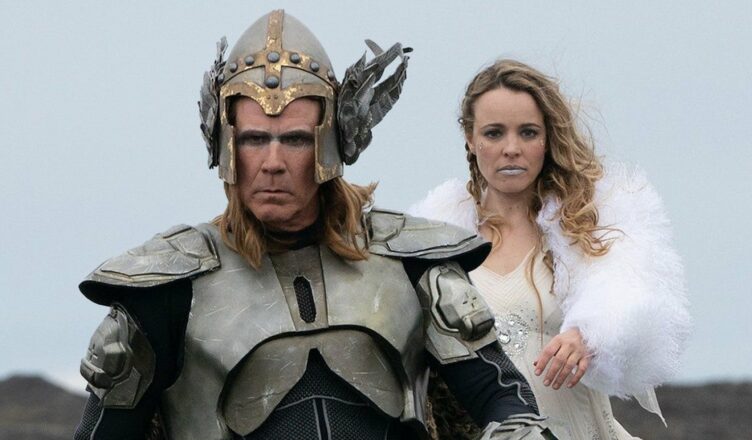 EUROVISION SONG CONTEST: THE STORY OF FIRE SAGA *** (121 minutes) M
As ambitious Icelandic singer Lars Erickssong, Will Ferrell furthers his credentials as a master of straight-faced comedy in a deeply affectionate, totally authorized, consistently funny parody of the glitz and hype of the world’s best known and most dubious song contest.

With his musical partner Sigrit Ericksdottir (Rachel McAdams), Lars sets his eyes on the top prize, but encounters derision from his fisherman father (a bearded Pierce Brosnan) and stiff competition from seductive Russian singer Alexander Lemtov (Dan Stevens from Downton Abbey) who has designs on the career, and possibly the body, of naive, wide-eyed Sigrit.

As with most American comedies, the jaunt is too long by about 20 minutes – did the film really need two big musical climaxes? – yet unspools congenially enough, especially in the home venue. (The film was meant to come out theatrically in May at the same time as the actual contest but, like countless other major events, both were nixed by CV19.)

There are heaps of cameos from Eurovision alumni, chiefly in a rousing musical centrepiece impressively mounted by director David Dobkin (Wedding Crashers; Fred Claus; The Change-Up; The Judge), who replicates Eurovision production excess with panache. He also gets in some nice scenic shots of Iceland.

The film drew major government support from Iceland and had the nod from the contest itself, with the stilted Nordic accents brandished by the leads drawing no objections.

Surely, though, Eurovision Song Contest: The Story of Fire Saga must be targeted by the Woke Brigade on the grounds of cultural appropriation given that the film comes from America, a country that does not even participate in Eurovision. Worse still, the film stars two lead actors who are not even Icelandic. (Will Ferrell is American; Rachel McAdams is Canadian.) How damned offensive.

Stand by for worldwide calls for the film to be withdrawn and for the careers of its cast and crew to be cancelled.