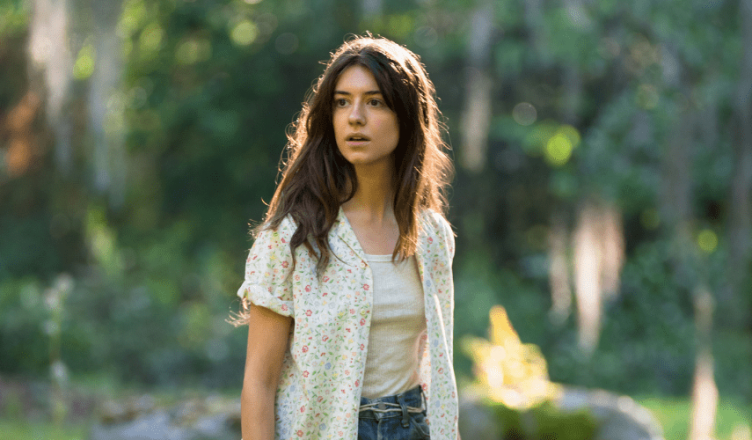 Star turn: Daisy Edgar-Jones as Kya in ‘Where the Crawdads Sing’.

WHERE THE CRAWDADS SING *** (125 minutes) M
Leaning heavily into stereotypes and signaling its story turns long before they occur, Where the Crawdads Sing is a predictable, picturesque, well-packaged #metoo mystery melodrama, buoyed chiefly by its sumptuous cinematography and a strong central performance that lifts what is otherwise a fairly formulaic girl-vs-world story.

Set in the early 1960s in the mysteriously mosquito-free Carolina wetlands, we meet outcast Kya (Daisy Edgar-Jones), an uneducated lass living alone in her swamp home having endured much bullying, abuse and neglect.

The local school didn’t want her and her brute of a father (Garret Dillahunt) forced the rest of the family to flee. She’s had a hard life, she has, and it’s about to get harder.

Kya, known locally, and somewhat disparagingly as The Marsh Girl, has been brought in by the local plods, standing accused of killing Chase Andrews (Harris Dickinson), town hero and football champion. He was found at the bottom of a tower in suspicious circumstances, and it’s Kya’s troubled romance with him that leads to the finger pointing.

It’s her lovably liberal lawyer Tom Milton (David Strathairn) – he told her as a little girl she had the right to schooling, just like everybody else – who gets the flashback format for the film going. He can’t help her, he says sagely, unless he knows her full story.

Thus we get into the grit of her backstory, most of which involves her romances with two handsome, yet contrasting gents.

Life-long friend Tate (Taylor John Smith) is a picture book nice guy, kindly, caring, never a hair out of place, he teaches her literacy and encourages her artistic endeavours.

He seems perfect. But as all young women who fall in love with the man of their dreams usually discover when they are at their most vulnerable point, faith in love comes at a cost.

The advent of the equally attractive Chase offers Kya another adventure in passion, only her apparent desperation to be in a relationship – it’s very hard to believe she is in love, whatever her narration tells us – has her over-looking his rather overbearing, possessive demeanour.

There is nothing all that special or intriguing with either Kya’s backstory or the investigation into Chase’s demise. You can see the stereotypes and clichés forming right before your eyes, keeping the story from delivering any real surprises.

That said, Where the Crawdads Sing is a full-on melodrama, so what matters is not originality or innovative storytelling, but a series of emotional punches held together by a captivating character.

And it’s on that score director Olivia Newman, working from a screenplay by Lucy Alibar (who co-wrote the similarly swamp-set Beasts of the Southern Wild) does her job by dutifully delivering those necessary needle jumps as Kya is put through the mill.

It’s some testament to Daisy Edgar-Jones (Fresh; Under the Banner of Heaven) that she shines so strongly through all the tropes, including the #metoo ones that cast men as abusive, possessive and predatory.

There are some holes in the story. For instance, we never really get a strong-enough sense of why Kya is so enamoured by the marshlands, which represent nothing but misery and pain, that she doesn’t want to leave them.

And while the film clearly pushes her as a strong woman of independent will, she is still capable of poor decision making that puts her in some very sorry situations.

Still, for all its clichés and flaws, Where the Crawdads Sing works as the melodrama it clearly aims to be, its timely, none-too-subtle message championing a woman who, having been dominated enough in her life, decides to draw a line.

As most people would know by now, the film is based on the best-selling 2018 Delia Owens novel, the sales of which spiked after it was chosen by mega-book seller Barnes & Noble as well as being ordained by Reese Witherspoon’s Hello Sunshine Book Club.

In a stellar example of vertical integration, Where the Crawdads Sing is co-produced by Witherspoon’s hugely successful Hello Sunshine media company.

So, first she helps turn the book into a hit, then makes the film of the book. Talk about biz smarts.