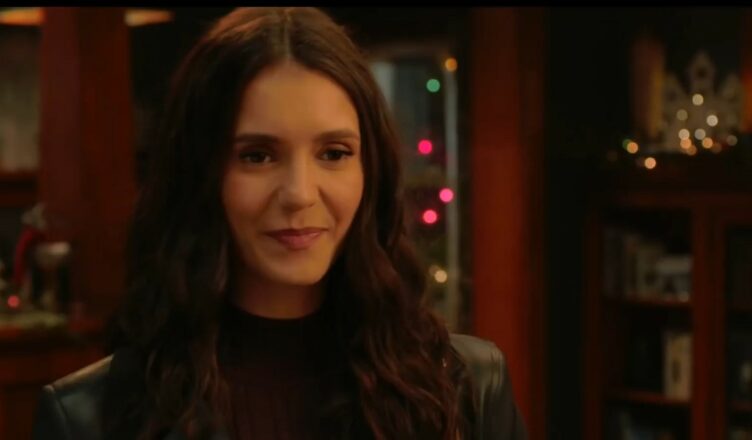 LOVE HARD ** (105 minutes) M
There’s something very half-hearted about the hard-to-love Love Hard, a far-from-heartfelt romantic comedy with a so-so premise that just doesn’t come off.

Tired of her loveless, lonely life, attractive office worker Natalie (Nina Dobrev) naturally turns to the internet where she quickly finds an equally attractive guy who she finds almost perfectly simpatico in terms of taste and humour and a total inability to ask for a video chat.

Desperate to connect, the dim-witted Natalie travels several thousand kilometres across the American heartland to pay her online beau a surprise Christmas visit.

The front door opens and – guess what? She’s been totally bullshitted, known in this context as being “catfished”. The good-looking dude Natalie’s been looking at and texting with on her phone – again, only seeing stills, never video – is, in reality, a friend of her actual interlocutor, a weedy, bespectacled kid called Josh (Jimmy O. Yang from Silicon Valley).

The film is not totally charmless, with Dobrev proving herself an adequate comic actor, particularly when she tries being sexy while performing karaoke. Regrettably Yang can’t match her, thus rendering the film’s romantic premise a lost cause.

Comedy-wise, the film is notable for demonstrating how the over-use of pop cultural references isn’t in anybody’s interests.

The film is not only stuffed full of them, it actually relies on them for its pay-off. It makes you wonder whether the creators of Die Hard and Love, Actually are entitled to royalties.

As has been said before, pop referencing has its place when there’s a strong context and can raise a laugh, but they’re no substitute for actual jokes and original ideas.