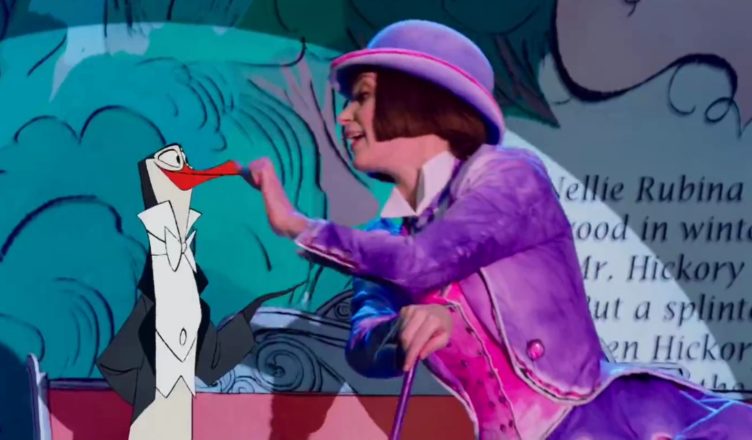 The long-awaited sequel to the 1964 family classic Mary Poppins finally floats down gently into our lives – and while it hits its marks as a sweet, harmless family-film it does register as a disappointment.

Set 25 years or so after the events of the first film, Mary Poppins (played by Emily Blunt replacing Julie Andrews) returns to the Banks home where Michael (Ben Whishaw) and sister Jane (Emily Mortimer) are grown up and living with Michael’s three kids.

The film’s gossamer-thin story involves a threat of foreclosure to their house, but never mind that. Most of the running time is devoted to elaborately orchestrated, beautifully composed, boisterously performed and occasionally impressive musical numbers starring Lin-Manuel Miranda (famous in the US for the stage-musical hit Hamilton) and directed with all due flourish by Oscar-winner Rob Marshall (Chicago; Into the Woods).

That none of these lavish musical numbers, nor indeed the presence of Mary Poppins herself, have anything to do with the wafer-thin plot might not bother most people, and as a G-rated visual treat for the family audience the film certainly has many charms. Chief among these is the use of hand-drawn animation designed to replicate the feel of the animation from the original. Such retro-styling is quite an achievement and pleasing to the eye.

So, as cinematic puff goes Mary Poppins Returns is certainly pleasant, inoffensive and visually splashy. But was it really too much to hope that the film might have a bit of grit in it, such as a decent villain? Colin Firth’s turn as the mean guy from the bank just doesn’t cut it.

Of all the over-arching anxieties common to films tackling the teenage condition, self-confidence – or the lack thereof – has proved to be the most formidable and formative.

Here, writer/director Bo Burnham (a comedian making a superb feature debut) gives subtle voice to the pressures of teenhood through 13 year-old Kayla (Elsie Fisher), a schoolgirl who makes unwatched YouTube instructional videos about the pangs of growing up while feeling that she is socially invisible.

Her journey touches plenty of familiar raw nerves, yet these story points are handled with an honesty and unforced delicacy that imbues the film with pungent authenticity, right down to Kayla’s facial blotches, imperfect teeth and her secret joy over a blossoming friendship.

Eighth Grade easily takes its place alongside the many other recent high-quality films about adolescence such as Diary of a Teenage Girl, The Duff, The Fault in Our Stars, Paper Towns and The Perks of Being a Wallflower.

Of them all, though, Eighth Grade is the only one you’re likely to want to watch again immediately afterwards. It’s that good.

Self-consciously eccentric director Yorgos Lanthimos (Killing of a Sacred Deer; The Lobster) tries hard to imbue his first shot at a mainstream audience with a transgressive spark only to end up with an intermittently engaging, over-long historical black comedy about a royal catfight.

Set in the final months of the court of Queen Anne (Olivia Colman from The Crown) in the early-1700s, the film recounts the increasingly nasty rivalry between the uppity Lady Sarah (a snarling Rachel Weisz) and her lowly cousin Abigail (a suitably sheepish Emma Stone) for the affections and the ear of their deteriorating Queen, who is tentatively winning her war with France.

The piece looks luscious enough without the forced perspective of overused wide-angle lenses, but pretty compositions and sculpted hedgerows are not enough to bring life to all the dialogue.

While the trio of main performances are strong, especially from Stone who continues to display her versatility, the film is largely an ornately staged, staid wordfest. It features the odd cuss word, naughty sex and some brutal behaviour, but none of the director’s stylistic touches make up for the film’s overall lack of tension. Somebody’s got to say it about Lanthimos: he’s really overrated. Take away the quirks and there’s not much left.

Special Note: Good luck to the film, but the 9.30pm session at Hoyts Melbourne Central on Thursday (27 Dec) had five people in attendance.

Will Ferrell and John C Reilly team up yet again (Step Brothers, Talladega Nights; Anchorman 2) for another serving of lunkhead, fall-about comedy, with Ferrell playing classic detective Sherlock Holmes and Reilly as his assistant Dr Watson.

It’s not as funny as their previous outings but the flick has enough slapstick, vomiting, poo, comic violence and general flailing about to keep fans mildly entertained.

As loose as the plotting often is – one bit involving the lads and the Queen alone in their office literally makes no story sense, but is funny as heck – writer/director Etan Cohen (Get Hard) actually serves up a pretty good twist to all the shenanigans and shagging.

As with Adam Sandler, it remains amazing the quality people comedians such as Ferrell are able to lure into their low-brow comic worlds. Here we’ve got the sight of Kelly McDonald (Trainspotting; No Country for Old Men) as a sex-crazed tart and Rebecca Hall (Frost/Nixon; Vicky Cristina Barcelona; The Town) putting in a good, straight-faced performance opposite all the goofballing.

Fun Facts: Watch the end credit and you’ll see that the film actually got the blessing of the estate of Holmes creator Sir Arthur Conan Doyle. Check Rotten Tomatoes and you’ll also see how the film has been almost universally despised by critics the world over.

Just goes to show how subjective comedy is, especially with comics such as Ferrell. For humour like his, it helps a lot if you’re in a particularly relaxed mood.